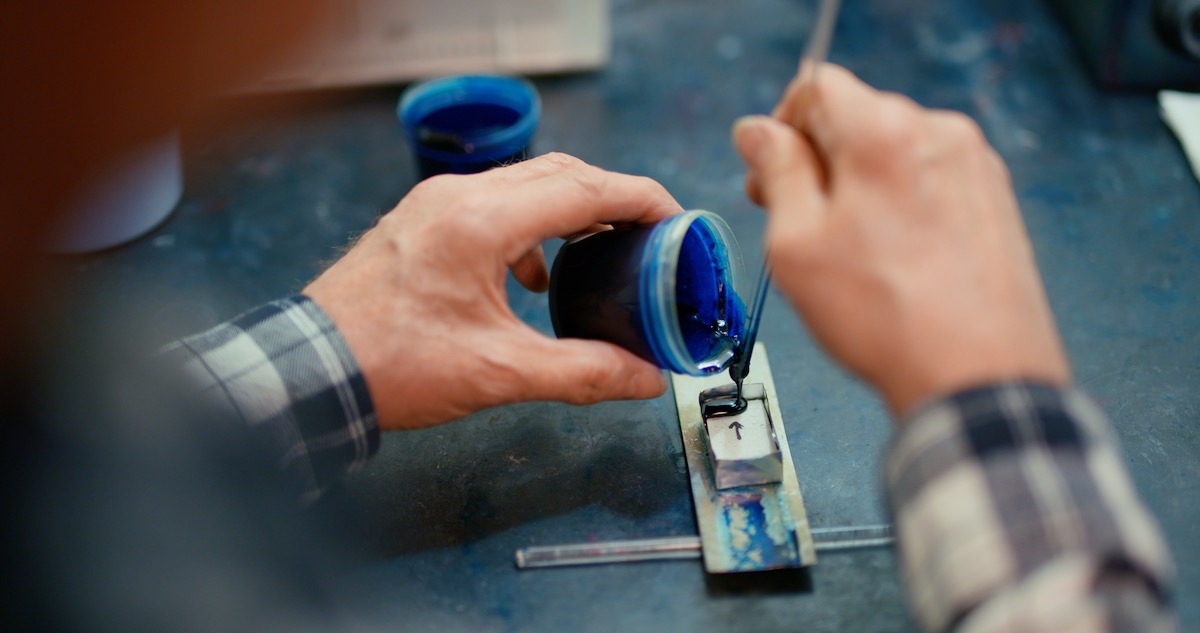 How to See Through a Rock

One of the things we captured for our next documentary is something very few people have ever seen: the process of cutting a rock so thin you can see through it. The result is known as a “thin section.” It’s a process petrologist Ray Strom has perfected over the past 40 years.

His expertise is highly valued in the oil and gas industry where he has a global reputation for excellence. His knowledge is vast; many major corporations employ his services regularly to analyze rock samples from around the world.

Ray is the perfect picture of the careful scientist. Detail, precision, and thoroughness are hallmarks of his work. After all, drilling decisions worth many millions of dollars hinge on his results.

Ray is also a creation scientist. He is not usually known to the outside world, primarily because he does so much of his work in a lab. Yet he has contributed an enormous amount to building the modern flood model through his partnership with Andrew Snelling, Steve Austin, Leonard Brand, John Whitmore, and many others.

What Ray provides is essential data about the physical world that is inaccessible without his special training and skills. He will play a central role in Mountains After the Flood.

Here’s a glimpse of Ray in action: it’s a fascinating look behind the scenes of creation science.