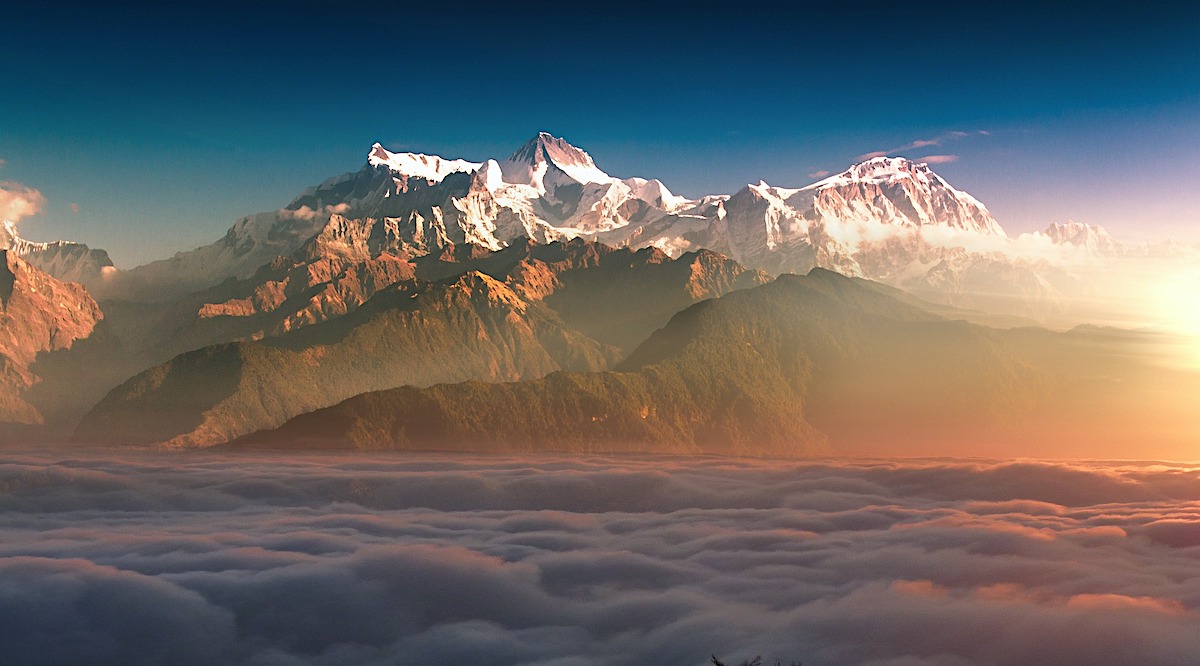 Learn about the Sequel to “Is Genesis History?”

I’m pleased to let you know we’re in the process of producing a sequel to Is Genesis History?  We have finished our filming and are in the final phase of post-production. We hope to release the film in late 2022 or early 2023.

If you would like to partner with us to help fund the last stages of the film, we would appreciate your support. Find out more details on our Crowdfunding Page

We’re calling the film Mountains After the Flood and it explores a question I’ve had for a long time: what was the world like when Noah stepped off the Ark?

To be honest, I don’t think many of us realize how dynamic it was. From looking at the rock record, however, it’s clear there were an incredible number of geological events still going on around the world. The continents were shifting, there were major earthquakes, regional floods, continent-size hurricanes, growing ice sheets, and, perhaps most amazing, mountains rising.

That’s what makes this topic so fascinating. It reveals a swiftly-changing world that’s unlike anything we’ve personally experienced.

The film will, of course, include Dr. Del Tackett and a host of creation scientists.  But it will do something we weren’t able to do in our first film: it will show creation scientists actually in the process of doing new research.

In a curious turn of events, though, we didn’t go looking for this documentary—it came looking for us.

In the summer of 2017, my friend Dr. Andrew Snelling took a raft trip through the Grand Canyon to test a new theory.  He was studying a series of enormous folds in rock layers at the bottom of the canyon and wanted to determine whether the sediment layers were soft when the folding occurred.

Conventional geologists said it was impossible for the rock layers still to have been soft when they folded. According to their view of earth history, those sediment layers were laid down over 500 million years ago. It wasn’t until about 440 million years later, however, that the same major earth movements that pushed up the Rocky Mountains also caused those rock layers to fold.  Since rocks don’t stay soft for hundreds of millions of years, conventional scientists argued the already hardened rock layers had to have been folded very slowly under heat and pressure.

Creationist geologists disagreed. They said the folds were evidence the sediment layers had been laid down in the early stages of the Flood. When the Flood ended, those layers were still wet and soft. As the Rocky Mountains began to rise after the Flood, the same earth movements folded the sediment layers because they were still soft. They only turned into rock (hardened) after they had folded.

If the creationist view was correct, the folds would therefore be striking evidence that only a short period of time elapsed between when the sediments were laid down and when the layers were folded, thereby removing hundreds of millions of years from the geological record.

But how could one test it?

Andrew’s theory was that if the rocks folded under heat and pressure, it would be obvious by studying them under a microscope. If, on the other hand, the sediment had been soft when it folded, the samples would not reveal any expected changes.

To test his theory, he needed to collect rock samples from some very difficult-to-reach places at the bottom of the Grand Canyon. And the only way to reach these locations was in a raft.

FILMING IN THE CANYON

In early August, he set off with Dr. John Whitmore, a geologist at Cedarville University, and Tom Vail, the founder of Canyon Ministries. Along with him on the trip was Hilton Metzger, a top-notch cameraman from Alliance Defending Freedom.

This is where we come into the story. A few months earlier, Hilton had contacted us wanting to know our recommendations on filming in the canyon. Andrew told him we had filmed in the canyon before, so he wanted our advice on what cameras to use, what gear to take, and what to expect.

In the back of my mind I wondered ‘is there a documentary here?’

But at the time, we were in the middle of editing our Beyond Is Genesis History? series and I didn’t have much mental space for anything else. We copied the footage to a hard hard drive and forgot about it.

THE WORLD AFTER THE FLOOD

It wasn’t until 2020 that I began to ponder Andrew’s folded rocks again.

Ever since I started researching Is Genesis History, I’ve been intrigued with the world after the Flood.

It’s an extremely challenging period to understand. The questions are difficult to untangle and sometimes so obscure that most people aren’t even aware of them. To make things more difficult, very few creation scientists have been able to focus on them. As a result, there are still major disagreements about how these questions should be answered. A short list includes:

Almost everyone assumes that the world we look at now was basically the world Noah saw when getting off the Ark – but that can’t be the case. The damage caused by the Flood would have created“post-apocalyptic” landscapes. Imagine a world without mature forests and widespread plant life, but with huge captured bodies of water, masses of broken trees and vegetation, dead animals, and endless vistas of earth and mud.

After all, this is what scientists like Kurt Wise and Steve Austin talked about in interviews. Kurt mentioned the “exponential decline” in the size of catastrophes with things like continent-sized hurricanes, an ice age, and gargantuan earthquakes happening after the Flood. Steve Austin talked about enormous lakes suddenly flooding, massive volcano eruptions, and huge mountains rising after the Flood.

In other words, big things were going on, things much bigger than we see happening today.

As I went back and looked at those folds at the bottom of the Grand Canyon, I realized they were a link to this entirely new world. I called Andrew, explained my ideas for a documentary, and he said he’d love to be involved.

That started us down a path that we’re still on, and will be for many more months. My intent is to share with you what I’m learning, what we’re seeing, and the challenges we’re facing in trying to figure out this new documentary.

If you would like to help us finish the film, we are raising funds through our Crowdfunding campaign. You can learn more about it here.

Or if you’d just like to follow us on this path, sign up for our newsletter to get regular updates. We’re going to have lots of interesting things to discuss in the days ahead.

P.S. Please pray for the Lord’s blessing on this project. It feels strangely more complex than our first film.