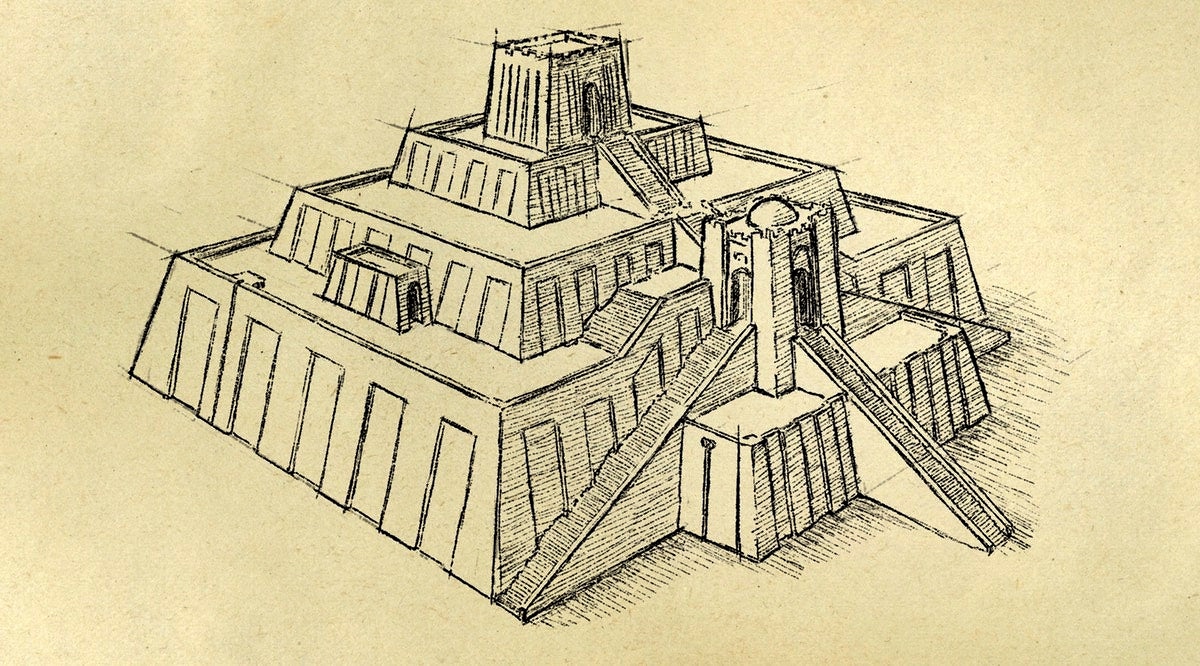 What is the Evidence for the Tower of Babel?

One of the recurring challenges we faced when editing Is Genesis History? was cutting down multi-hour interviews to fit 10 minute segments. It was always a painful process, primarily because we left so much incredible material out of the film.

We especially felt that way with archaeologist Dr. Douglas Petrovich.* When we filmed him at the Oriental Institute of Chicago, he carefully explained how he had surveyed all the relevant archeological data in order to come to the specific conclusion that Eridu was the site of the original Babel. There was an enormous amount of evidence he had amassed for his arguments, much of it never before having been discovered or put together by anyone.

Unfortunately, we had to edit out quite a bit of his arguments. That’s one of the reasons we wanted to produce our series Beyond Is Genesis History? We felt we needed to make sure people could hear the entire story of why these scientists thought the way they did.

Perhaps the most interesting aspect of Doug’s approach is that, due to his training as an archaeologist, he does not start with the location of the actual building. Instead, he points out Genesis 11 describes a technologically-advanced people who suddenly dispersed throughout the ancient Near East, in distinct and new patterns that could easily be explained by their having been divided into linguistic groups according to their ethnicities.

He assumed this massive dispersion would be easier to identify archaeologically than a half-finished tower. He therefore worked his way back to the source of the dispersion, then looked for evidence of a large, unfinished building. In this extremely interesting way, he reverse engineered the account recorded in Genesis 11 to arrive at his conclusions.

One of those conclusions was that, prior to this dispersion, people moved toward urban living in only one place: southern Sumer. Interestingly, Eridu is universally recognized as the world’s first city. Doug also pointed out that there were many other sites where communities and villages had been established, often before Eridu was settled.

This is an interesting divergence from the view held by many creationists. It is believed that all the people in the world were living at Babel before their dispersion. As a teacher of ancient languages, however, Doug observes that the Hebrew text of Genesis 11:1-2 does not specifically state the entire population of the earth moved to a single site, just that the entire world spoke the same language.

It’s worth reviewing the context of the Genesis 11 account. After the Flood, Genesis 10 describes the dispersion of different people groups throughout the world as they descended from Noah’s three sons. At the end of each son’s lineage, Moses says the different peoples were divided into languages, clans, and nations. He finishes this Table of Nations by explaining that:

These are the clans of the sons of Noah, according to their genealogies, in their nations, and from these the nations spread abroad on the earth after the flood. Now the whole earth had one language and the same words. And as people migrated from the east, they found a plain in the land of Shinar and settled there. (Gen 10:32-11:2)

In his discussions, Doug noted that the word “Shinar” is the Hebrew cognate (i.e. equivalent) of the Akkadian word “Shumer,” which historians today call “Sumer.” Furthermore, as is common in many Hebrew texts, Moses is going back in history to explain how the many different languages originated.

Yet when did this actually happen?

Some scholars think Moses provides a chronological indicator when he says “to Eber were born two sons: the name of the one was Peleg, for in his days the earth was divided, and his brother’s name was Joktan.” (Gen 10:25)  From the context, it makes sense this division could be referring to the division of languages at Babel mentioned just a few sentences later. Depending on whether one follows the Masoretic or Septuagint chronological tradition (Doug holds to the Septuagint dates), Peleg lived 5 or 6 generations after Noah. If one follows the Masoretic dates, it’s over 100 years; if one follows the Septuagint dates, however, it’s over 500 years.

Again, the generally-held view of many creationists is that all the people of the world were living together at Babel. Yet the text merely says “as people migrated from the east.” If read in context of the preceding Table of Nations, it would seem to be referring to one of the many migrations of people spreading over the face of the earth.

Nevertheless, it has always been assumed that Genesis 11 implied everyone was still living together in one place on the plain of Shinar (or Sumer). Otherwise, how could all the languages of the earth have been changed?  The traditional view is a reasonable assumption, but perhaps there is another way of looking at the event that also maintains the integrity of the text.

Doug Petrovich’s perspective is that, after the Flood, groups of people began to spread out slowly over the face of the earth as documented in Genesis 10. They lived in smaller communities with less technological development, something he says fits with the archeological record.

In Genesis 11, however, he sees a unique technological event: a group of people move to the plains of Shinar and begin to build the first major city. Moses describes them as a proud people who applied specific technological skills to create a new type of urban community where they could rebel together against God; their largest building would have “its top in the heavens.” 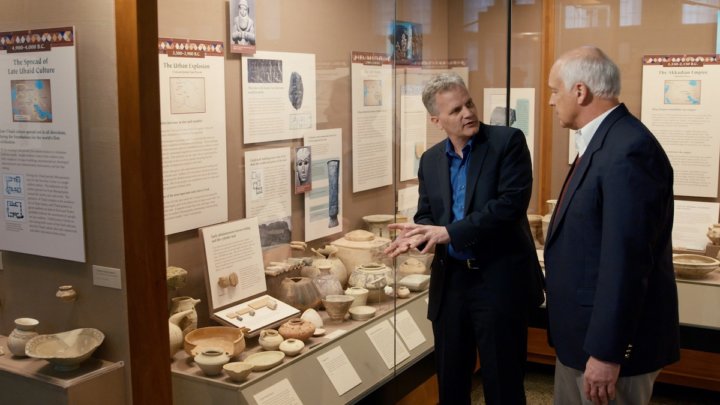 As a result of their pride, God judges them by confusing their language and dispersing them over the earth. Doug explains that he sees this dispersion in the archeological record. In some places, the post-Babel groups built new communities in undeveloped regions, in others they slaughtered the local inhabitants of an existing community and overtook the site, and, in a few others, they moved into an existing town but lived in a separate area as possibly the world’s first segregated neighborhoods.

Looked at from this perspective, God’s act of changing the languages at Babel, then dispersing the new linguistic groups throughout the earth, is what transformed a single language into many different languages. The new languages spread through the earth like ripples in a pond as the new peoples interacted with each other.

Granted, this is a fresh perspective on an old question. Yet it has much to commend itself. It is a good example of a scientist taking the Biblical text as real history, then looking at the world to see where the data fits with it.

Nevertheless, there is still much work to be done to synchronize the archeological record with the Biblical account. The primary problem is that too few people are working in this area. The challenge of reconciling the various dating methods, the archaeological data, and the different chronological traditions still remains to be solved. Doug explores this further in his second video “Carbon Dating & the Septuagint,” also included in Beyond Is Genesis History? Vol 3 – Bible & Stars.

For those who want to hear the longer, technical explanation behind his arguments, watch his lectures from the 2017 IGH Conference on YouTube: Identifying the Post-Babel Dispersion and Identifying Babel and its Tower.