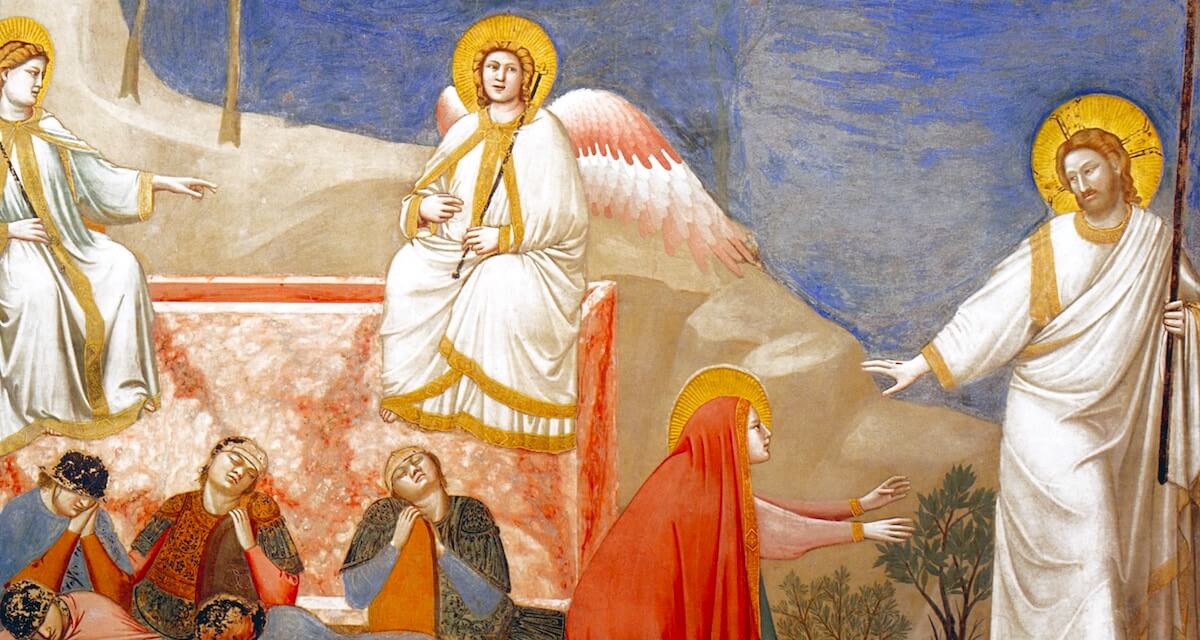 What Does Easter Have To Do With Genesis?

It’s safe to say the events recorded in Genesis are the foundation on which the entire gospel is built.

That’s exactly what we see when we look at Easter. Everything Jesus did during that week was done to restore the relationship Adam lost at the beginning of time. Here are three important ways Genesis is linked to Jesus’s death and resurrection:

1. God told Satan a Son of Eve would one day destroy him

It’s important to remember Easter is ultimately a spiritual battle between Christ and Satan. When God curses the serpent in the garden, He addresses Satan who was actually responsible for man’s temptation and fall.

We can only imagine what Adam and Eve were thinking: who would this Son be? And when would He come?

Thousands of years later, the battle is joined when the Holy Spirit sends Jesus into the wilderness to face Satan: Jesus must show He will not fall into sin like His human father. We see the same battle in His interactions with the demon-possessed, the comments of the disciples, and the anger of the Pharisees and Sadducees.

It is a bruising that continues through the spiritual work of the church. As Paul tells the Christians in Rome: “The God of peace will soon crush Satan under your feet.” (Rom 16:20)

2. The resurrection of Christ undid the sentence of death placed on Adam and his children

The power Satan held over man was the judgment of death God proclaimed against Adam in Genesis. Everyone innately understands that death is our great enemy. Anyone who has watched a loved one die or seen the scourge of death on a culture knows that death is evil.

This reveals a key aspect of the genealogy: it is intended to record a real history of death. There is nothing like it in the ancient world where father-son relationships are provided in specific chronological detail in order to remind us that man was never intended to die.

Nevertheless, it would be thousands of years before Christ came to solve this essential problem outlined in Genesis. Paul reveled in the connection, bringing it up in his letters over and over again: one cannot read Romans 5 or 1 Corinthians 15 without seeing that the relationship between Adam and Jesus is the central relationship of human history.

Thankfully, it is a relationship that results in “eternal life through Jesus Christ our Lord.” (Rom 5:21)

3. God is re-creating us with the same power He used to create the World

“Now on the first day of the week Mary Magdalene came to the tomb early, while it was still dark…” – John 20:1

It’s not a coincidence that Jesus rose on the first day of the week. The re-creation of the world begins on the same day God first created the world. This is yet another reason why a billions-of-years history of the universe is irreconcilable with the history recorded in the Bible. Everything connects to the specific days of creation explained in Genesis 1.

This includes the sixth day of creation. Just a few verses prior, John tells us that: “Now in the place where he was crucified there was a garden, and in the garden a new tomb in which no one had yet been laid.” (John 19:41)

We should not be surprised to see God give Christ His resurrection body in a place that mirrors where Adam first received his body. As Geerhardus Vos says in the greatest Easter sermon ever preached, “It is impossible for us to imagine a spot more radiant with light and joy than was this immediately after the resurrection.”

Gardens are truly images of abundant life. Just as Jesus was tempted in a wilderness, the picture of Satan’s realm, so too was He resurrected in a garden, the picture of His own bountiful kingdom.

But there is even more. The resurrection power God used to raise Christ from the dead is the same power He uses to transform each of us back into His unfallen image.

As Paul tells us, harkening to the first day of creation: “For God, who said, ‘Let light shine out of darkness,’ has shone in our hearts to give the light of the knowledge of the glory of God in the face of Jesus Christ. But we have this treasure in jars of clay, to show that the surpassing power belongs to God and not to us.” (2 Corinthians 4:6-7)

In closing, these brief observations get at the primary reason we created a documentary. Our redemption in Christ is so intricately connected with the first chapters of Genesis that it is impossible to interpret them in any way other than an accurate record of history.

The gospel rests on the foundation of Genesis. And it tells us Easter was clearly planned from the very beginning of our history. That’s something we should all celebrate.

If you want to learn more about ways the gospel is connected to Genesis, try out our six lesson Bible Study for families and churches.