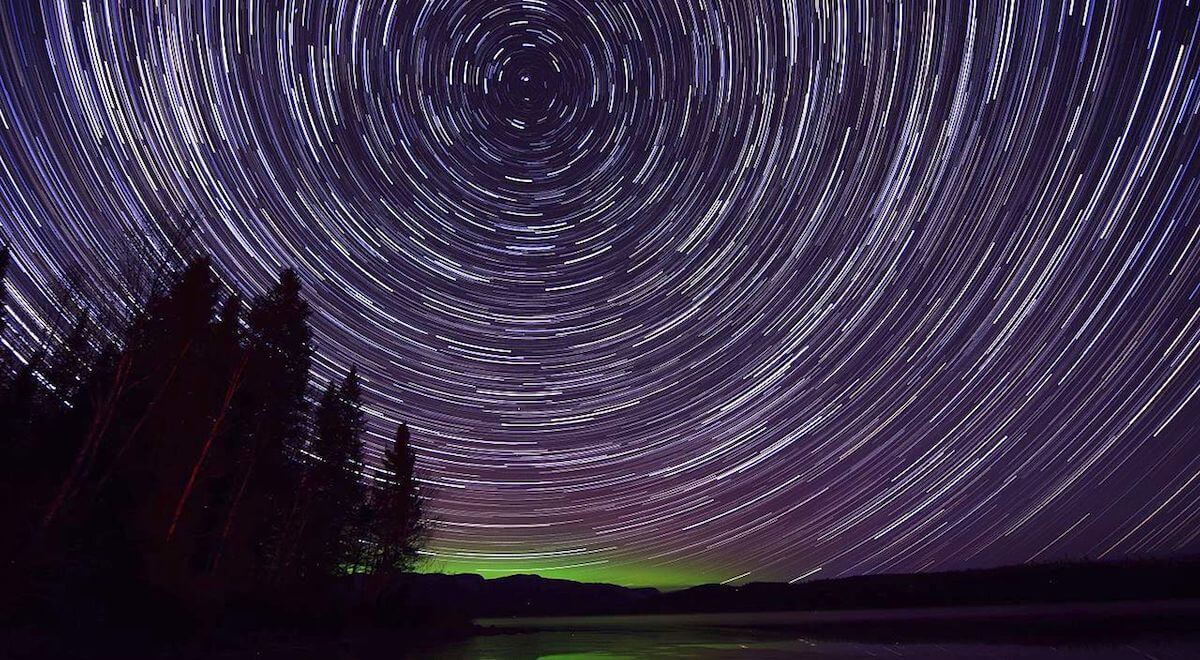 When Is Genesis History? opened in theaters last year, we had no idea it would be the top grossing Christian documentary for 2017. We were even more surprised when our distributor said they were bringing it back to theaters on Feb 22, 2018 for an Anniversary Event.

Why did this film resonate so much with audiences?

Perhaps it demonstrated that it’s intellectually reasonable for Christians to embrace 6-day creation.

By ‘6-day creation,’ I’m referring not just to one’s view of Genesis 1, but to an entire chronology of historical events. These include the immediate creation of everything in six normal days, a Fall that brought corruption and death into the universe, and a global Flood that destroyed the world.

I recognize that among some Christians this is not a popular view of history. Instead, some have adopted the framework hypothesis, analogical days, or the cosmic-temple model to interpret Genesis 1.

They then accept the conventional chronology of universal history. This includes the slow formation of everything over billions of years starting with a Big Bang, the corruption and death of trillions of creatures before the arrival of Adam and Eve, a Fall that introduced death only to mankind, and a local flood during the days of Noah.

It is the events included in 6-day creation that are essential for Christian theology.

I realize that intelligent and godly Christians hold to this model of Earth history. Nevertheless, many seem unaware of the actual events they must inevitably adopt when affirming a 13.8 billion-year-old universe.

After all, one cannot extend history for billions of years without attaching new events to it. Those events have theological consequences.

This is why thinkers like Geerhardus Vos, Louis Berkhof, and D. Martin Lloyd-Jones embraced 6-day creation. They understood it is the events included in 6-day creation that are essential for Christian theology.

1. God’s Goodness Must Be Reflected in the Original Creation

What does that goodness look like? It is full of life-giving power and bounty. 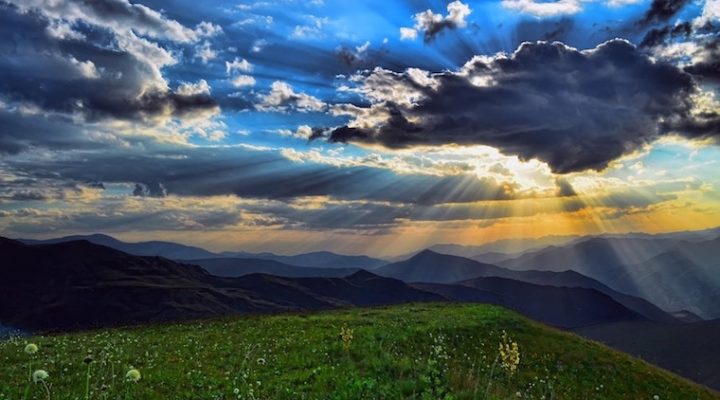 This is what we see in Genesis 1. God pronounces His original creation ‘good’ and ‘very good.’ It was a world of plenty and beauty without animal carnivory (Gen 1:30) and without corruption and death (Rom 8:21).

Yet this picture of an artistically-designed, beautiful world only fits within the chronology of 6-day creation.

If one adopts the conventional chronology, one must accept that the Earth was absent from the universe for its first 9 billion years. After a galactic cooling event, the Earth slowly formed through billions of years of uninhabitable environments. God eventually created the first complex marine life, then progressively created or evolved different types of organisms. These experienced death and massive extinction events that led to the destruction of trillions of living creatures.

All this happened long before the appearance of Adam and Eve.

I realize that some Christians may not be interested in these sorts of details. Yet anyone who chooses to accept an old universe implicitly accepts the historical events that go with it. It is a history filled with lifelessness and death, not the goodness of God.

According to the conventional chronology, corruption has always been a part of the universe. This can be seen in the fossil record which supposedly represents 540 million years of animal suffering and death. It provides snapshots of a world often full of thorns and thistles. 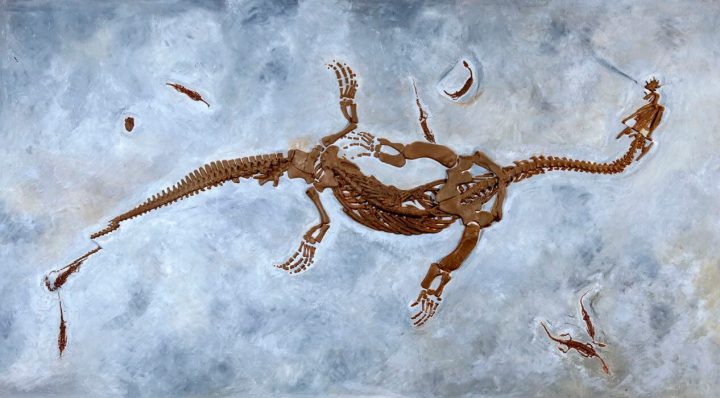 In this view, Adam’s sin could not have been the ultimate cause of universal corruption. As an historical event, his disobedience occurred long after corruption was present.

But according to 6-day creation, Adam’s sin precedes God’s curse on the creation. The suffering and death of animals came as a result of Adam’s disobedience, not prior to it. Thorns and thistles were a part of the curse, not before it.

This is what Paul affirms in Romans 8:21. It is what Christian theology has always affirmed: Adam was given dominion over the entire creation at the beginning; when he sinned, the entire creation was subjected to corruption as a consequence of its unique relationship to him.

3. The Pattern of Creation-Fall-Redemption Culminates in the New Creation

If the universe contained death and corruption that wasn’t the result of Adam’s sin, what does that mean for Jesus’s redemption of both man and creation?

Consider His miracles: He was re-forming the world according to the goodness of the original creation. Whether Jesus was healing the sick, raising the dead, or feeding the hungry, He was showing that redemption results in tangible bounty to actual people. It is a goodness that culminates with the new creation. Passages in the Prophets and Revelation suggest a return to the space-time goodness of the original creation.

Yet it is only the chronology of 6-day creation that provides the historical framework for this pattern to have meaning.

For the bookends of creation to match, they must be mirrors of each other. This is only possible with 6-day creation.

4. Scripture Must be Used to Interpret Scripture

In the Odyssey, when Penelope wants to prove her husband’s identity, she requests he shoot an arrow through 12 axe handles placed in a row. She knows he is the only one who can do it. In the same way, although different interpretations claim to be accurate, only those which pass intact through the entirety of the Bible are true.

This is what we see with the events associated with 6-day creation: they are affirmed throughout the entire Bible.

Whether it is Moses connecting creation week with a normal week in the fourth commandment; or Isaiah affirming God created man at the same time He created the heavens and the earth; or Jesus explaining the global destruction of the Flood in light of His second coming; or Luke tracing the history of the world through a single genealogy; or Paul relating the work of Adam to the work of Christ; or Peter showing the relationship between the creation, global flood, and judgment to come, there is only one historical sequence that consistently fits: 6-day creation. 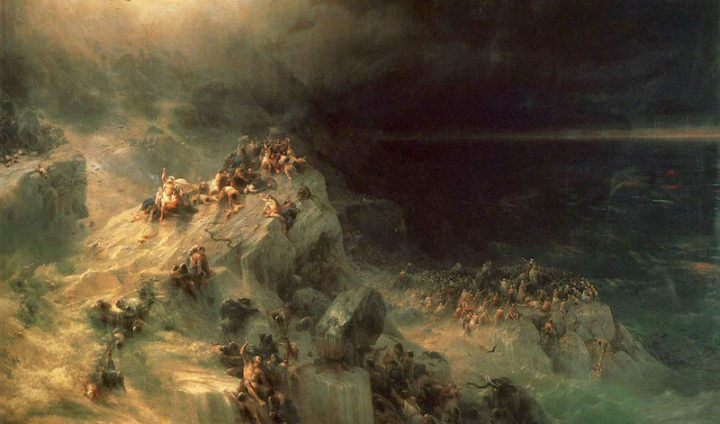 5. Essential Doctrines are Embedded in History

Paul establishes the necessary connection between the events of history and Christian doctrine in 1 Corinthians 15. Peter does the same in 2 Peter 3 with creation, the flood, and the final judgment.

Yet it is only within the historical framework of 6-day creation that all these events cohere to the fabric of time.

For instance, if the thick fossil-bearing rock layers are the result of a global flood, they are a physical reminder of God’s global judgment on the earth in the past—as well as in the future.

If, however, one adopts the conventional chronology, those huge layers are merely a testimony to millions of years. God’s judgment is erased from the earth—and perhaps overlooked in the future.

6. Presuppositional Thinking Helps Us Understand the Discipline of Science

Finally, what about science itself?

When I started researching our documentary, I came across a book entitled The Structure of Scientific Revolutions by Thomas Kuhn. Although there is much that could be said about Kuhn, his method is easy for philosophically-minded Christians to grasp: he applies presuppositional thinking to the discipline of science.

Anyone who has read Christian philosopher Cornelius Van Til can see the similarities between them:

Both point out that data is not “value-neutral,” but that people bring a ‘set of glasses’ toward the interpretation of the world around them. Both recognize the intense commitment people have toward certain views to the exclusion of all others. Both note that groups consistently interpret what they observe in light of their base presuppositions. 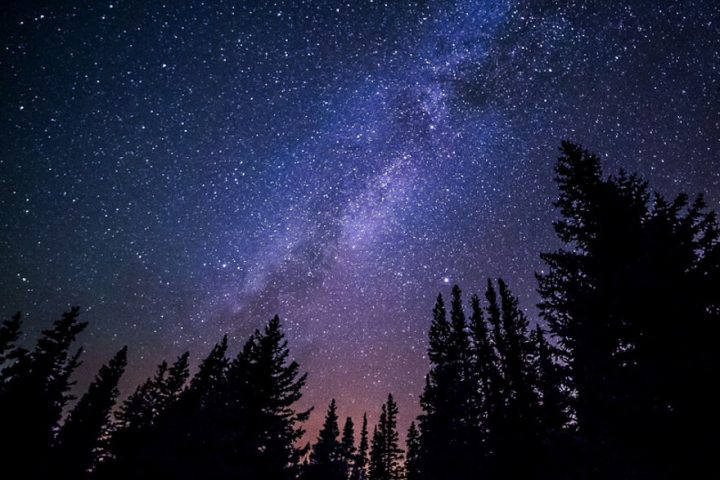 Now what makes Kuhn interesting is that he explores the history of science in light of this thinking. The result is that he effectively questions the absolute epistemological authority of modern science.

Again, this should not be surprising – we are well aware of the implications of presuppositional thinking. But I would hope it would give Christians pause who seem to place an enormous amount of trust in the latest ideas of scientists concerning the conventional history of the world — a history which happened long before any of them even existed.

As Isaiah might remind us, “Stop regarding man in whose nostrils is breath, for of what account is he?” (Isaiah 2:22, ESV)

I regret the abbreviated nature of these thoughts. They are only a few of the many I arrived at during my three year process researching this film. I have explored them at greater depth in the Is Genesis History? Bible Study that accompanies the film.

In closing, it is my strongest conviction as a Christian that 6-day creation is the only longterm viable option for Christian theology. As D. Martin Lloyd-Jones said, “I have no gospel unless Genesis is history.”

This post was originally featured on Challies.com in a slightly modified form.