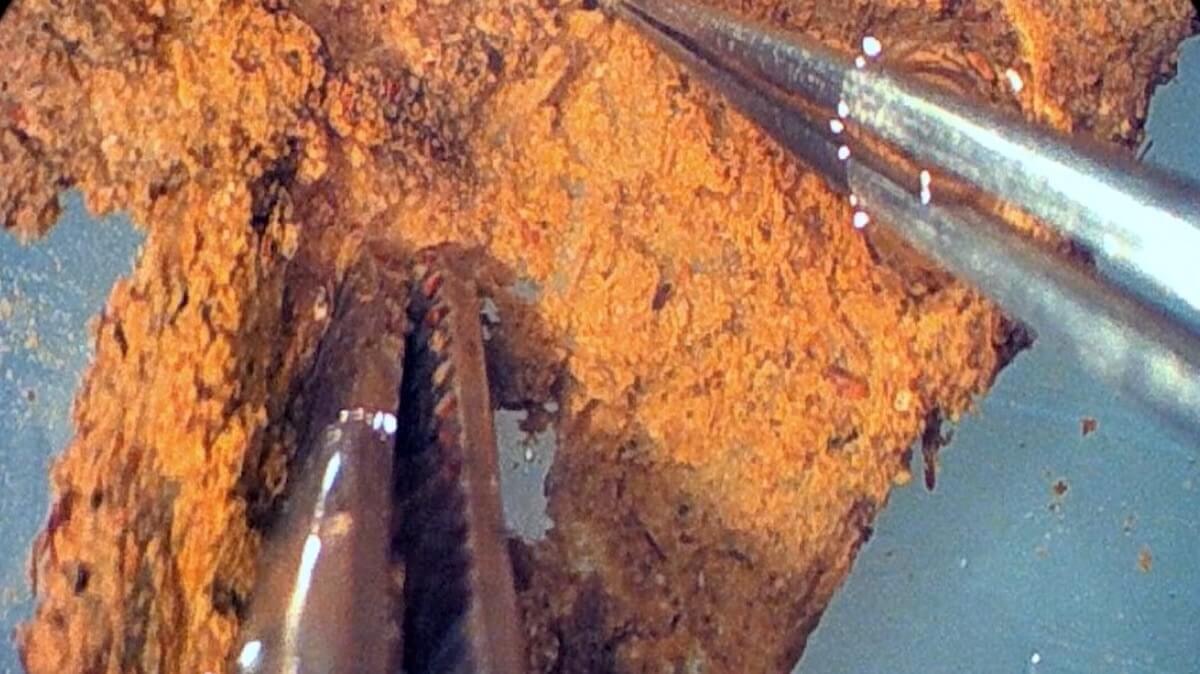 I remember first hearing about soft tissue in dinosaur bones from Art Chadwick in Wyoming. It seemed pretty extraordinary. Although Art had not done any work on it himself, he recommended I seek out some of the creationists who were doing research in that area.

That led me to Kevin Anderson. He and Mark Armitage had dug up a triceratops brow horn in Montana in May 2012. It was buried in sandstone just a few feet from the surface. Since Mark was a microscopist, he took it back to his lab in California to analyze it.

What he discovered shocked him.

The normal process of recovering soft tissue follows the process Kevin Anderson outlines in our film. A section of bone is soaked in a weak acid to slowly remove the calcified material and leave the actual tissue.

While Mark was breaking apart sections of the horn, however, he noticed “thin, elastic, reddish-brown flaps of soft material which could be peeled away from the bone in sheets and stretched to almost double the original size.”* This was extraordinary. Whereas most soft tissue has to undergo a decalcification process to recover its original state, this material did not appear to have been subject to any calcification.

Along with this discovery, Mark took sections of the horn and decalcified it to reveal even more examples of soft tissue. He then examined samples under an electron microscope to reveal fully intact bone cells. All of these materials provide remarkable evidence of recent burial.

In our film, we primarily talk about the implications of the widespread discovery of dinosaur soft tissue. But in the complete interview, Kevin spends much more time discussing the different types of tissue, the arguments used by evolutionists to try to explain it, and the true takeaways for Biblical creationists.

You can watch the complete interview above. It is the first part of Kevin Anderson’s two excellent segments included in Beyond Is Genesis History Vol 2 Life & Design. As a microbiologist, in his second section he talks about mutations and why they can never be considered as a viable mechanism for macroevolution.

Both his interviews are featured along with those of five other scientists critiquing evolution and providing a better explanation for the incredible design we see in living organisms.

* Mark Armitage and Kevin Anderson, “Soft sheets of fibrillar bone from a fossil of the supraorbital horn of the dinosaur Triceratops horridus,” Acta Histochemica 2013. (Read the complete journal article.) Why Sex is the Best Argument For Creation (and Against Evolution) 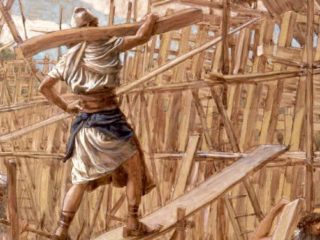 How Do We See Intelligent Design in Nature?

90 Minutes of Evidence for the Global Flood