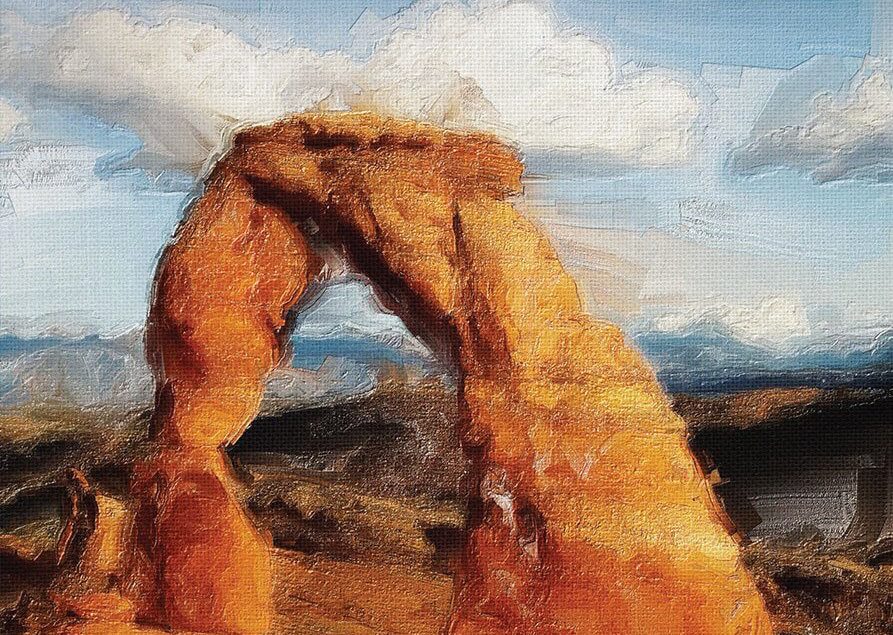 “A central thesis of this book is that a creationist can indeed be an effective scientist. That thesis is supported by personal experience and observation of individuals that are creationists and also productive scientists.” – L. Brand & A. Chadwick

One of the most useful books I have read concerning the way creationists approach science, biology, and geology is Faith, Reason, and Earth History.  I was given an early copy of the third edition by Drs. Brand and Chadwick when I filmed them in Wyoming in June 2015.

I read it cover to cover.  It was extremely important in helping me frame my thinking about paradigms and science, as well as addressing some key issues in geology and biology.

The book is designed to be a high school or college textbook, although it can just as easily be used by someone wanting to understand more about the way science is approached by creationists looking at the world in light of Genesis.

The book starts out explaining what science is.  It then looks at the history of science and introduces basic concepts in the philosophy of science that emerged in the 20th-century.

This is very important.  If one doesn’t understand what happened to science through the work of Thomas Kuhn and others, then it is difficult to break free of the view that science is an ultimate authority.

The book consciously builds on a framework of understanding science through paradigms.  The book employs the same dichotomy — conflict between two views — that is used in the film; it then explores it comprehensively.

Unless one is approaching these issues from a paradigmatic perspective, it is difficult to sort through them. The fact that they do approach them that way makes this book extremely valuable to people truly wanting to understand what is going on in these areas from a scientific perspective.

Along with that, the book is a measured, thoughtful examination of the issues on both sides of the discussion.  Drs. Brand and Chadwick take the views of evolutionists and old-creationists seriously, and so treat them with respect and dignity.

They outline their arguments as they would make them, sometimes letting the arguments sink in so that the reader understand their import.  Evolutionary theory has been built by brilliant men for over a hundred years; in some respects, it is an impressive edifice.

After all, it is important for creationists to be aware of what is known and what is not known.

They therefore point out when evolutionary arguments are reasonable and well-made. As scientists, they are the first to recognize that they have a limited view of the world, and that the creationist model is still very young. Compared to the conventional view, there has been much less work done on the creationist view. There are many things we do not understand, and they take time to point them out.

After all, it is important for creationists to be aware of what is known and what is not known.

There are too many instances of young creationists thinking that all the answers have been found: they have not. There are lots of mysteries and difficult things to sort through.  Of course, that’s what makes science interesting and why both of them actively pursue it.  They just do so from a creationist perspective.

Their grasp of the data is excellent, so they build a strong case.  I was introduced to many new things I had not heard before, often having them put into a very understandable framework.  As I said before, it was extremely helpful to the way I organized and thought through the film.

After talking extensively about the nature and workings of science, the book moves into the realm of biology in terms of evolutionary theory. The authors present both views judiciously.  They spend time talking about the reasonable case made by evolutionists and how the evolutionary model has predicted a number of different things. They then weigh the same data against the creationist model, demonstrating there is much that makes sense in biology from the perspective of creation and design.

The third part of the book addresses geology. They look at the geological record, the importance of geology to time, the evidence for long time, and the evidence for short ages. They then provide an analysis of why they hold the positions they do.

Having spent extensive time with both of these men, I know they are perceptive thinkers who have exceptional insight into these areas.  Their work evidences the steady plodding of good scientists.

Although many people may already be familiar with Art Chadwick from the film, Leonard Brand worked behind the scenes as an advisor. With a PhD from Cornell University, he, too, has published in a variety of areas, including an examination of footprints in the Coconino, whale fossils in Peru, and the philosophy of science, among many others.

Overall, this is an extremely thorough introduction to many key areas in creation science.  I highly recommend it for anyone wanting to understand the key issues in science, biology, and geology.  It would also work as a year-long science textbook for upper level high school students wanting a solid look into these areas.

For a limited time, you can get a free download of the complete ebook. I would take advantage of this right now and start reading it today. It’s an excellent resource.  Then make sure to buy a hardback: this is one you’ll want on your bookshelf. (See links above.)

You can see more videos from Dr. Chadwick in “Beyond Is Genesis History?” Vol 1: Rocks & Fossils.