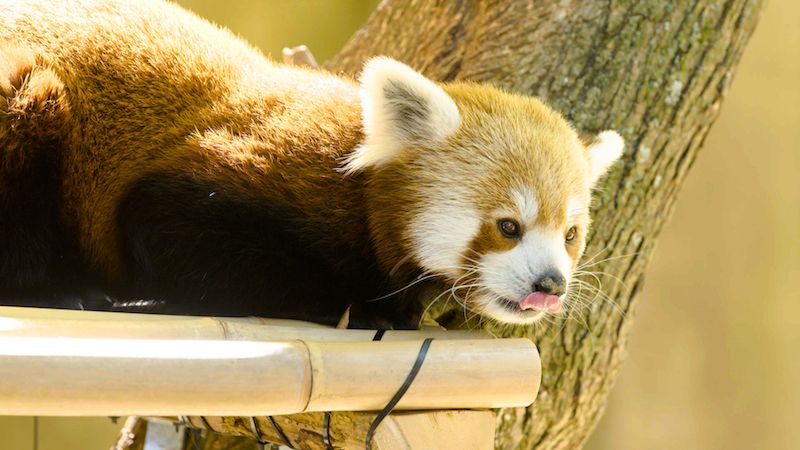 Lesson 2: The Science of Animals

Now out of the ground the Lord God had formed every beast of the field and every bird of the heavens and brought them to the man to see what he would call them. And whatever the man called every living creature, that was its name. The man gave names to all livestock and to the birds of the heavens and to every beast of the field. But for Adam there was not found a helper fit for him. (Genesis 2:19-20, ESV)

“Can you hunt the prey for the lion,
or satisfy the appetite of the young lions,
when they crouch in their dens
or lie in wait in their thicket?
Who provides for the raven its prey,
when its young ones cry to God for help,
and wander about for lack of food?

“Do you know when the mountain goats give birth?
Do you observe the calving of the does?
Can you number the months that they fulfill,
and do you know the time when they give birth,
when they crouch, bring forth their offspring,
and are delivered of their young?
Their young ones become strong; they grow up in the open;
they go out and do not return to them.

“Who has let the wild donkey go free?
Who has loosed the bonds of the swift donkey,
to whom I have given the arid plain for his home
and the salt land for his dwelling place?
He scorns the tumult of the city;
he hears not the shouts of the driver.
He ranges the mountains as his pasture,
and he searches after every green thing.

“Is the wild ox willing to serve you?
Will he spend the night at your manger?
Can you bind him in the furrow with ropes,
or will he harrow the valleys after you?
Will you depend on him because his strength is great,
and will you leave to him your labor?
Do you have faith in him that he will return your grain
and gather it to your threshing floor?

“The wings of the ostrich wave proudly,
but are they the pinions and plumage of love?
For she leaves her eggs to the earth
and lets them be warmed on the ground,
forgetting that a foot may crush them
and that the wild beast may trample them.
She deals cruelly with her young, as if they were not hers;
though her labor be in vain, yet she has no fear,
because God has made her forget wisdom
and given her no share in understanding.
When she rouses herself to flee,
she laughs at the horse and his rider.

“Do you give the horse his might?
Do you clothe his neck with a mane?
Do you make him leap like the locust?
His majestic snorting is terrifying.
He paws in the valley and exults in his strength;
he goes out to meet the weapons.
He laughs at fear and is not dismayed;
he does not turn back from the sword.
Upon him rattle the quiver,
the flashing spear, and the javelin.
With fierceness and rage he swallows the ground;
he cannot stand still at the sound of the trumpet.
When the trumpet sounds, he says ‘Aha!’
He smells the battle from afar,
the thunder of the captains, and the shouting.

“Is it by your understanding that the hawk soars
and spreads his wings toward the south?
Is it at your command that the eagle mounts up
and makes his nest on high?
On the rock he dwells and makes his home,
on the rocky crag and stronghold.
From there he spies out the prey;
his eyes behold it from far away.
His young ones suck up blood,
and where the slain are, there is he.”

And the Lord said to Job:

“Shall a faultfinder contend with the Almighty?
He who argues with God, let him answer it.”

Then Job answered the Lord and said:

I have a yellow labrador who loves chasing balls. She never tires of it. The little terrier up the street, however, roots around in the yard looking for moles.

God had something curious in mind when He made animals. Genesis tells us they were created according to their kinds on the last two days of creation. On the sixth day, He brought them to Adam to name.

God apparently built into each animal kind all sorts of possible variations within limits. We can look at dogs and cats to see the potential, but dogs don’t become cats and cats don’t become dogs.

This seems to be one of the reasons God brought the animals to Adam. It’s as if God the designer wanted Adam to notice the unique characteristics in each kind. By naming them, Adam was identifying their uniqueness.

In one sense, Adam is the first scientist: he is examining the natural world, figuring out similarities and differences, then verbally categorizing them. Science is the process of trying to understand more about God’s creation in order to explain it and control it.

What’s neat is that as we enter into that process – even if we’re just observers – we can actually learn more about God through what He has made. This seems to be why God talks about His creation when He’s questioning Job. God knows how complex and wonderful it is. He designed it to amaze us.

But the creation is now fallen. Paul tells us it is in “bondage to corruption.” The animals are no longer as they were at the beginning. Nor are we.

This means two things for science. First, there is a tendency for some scientists to ignore what happened in history. When they do this, they mistakenly interpret the world. Second, these mistakes can seem plausible because people, though fallen, are still very intelligent.

It seems this is what happened to Charles Darwin. He was fascinated with animals, but rejected Genesis as a book of history. He therefore interpreted animals according to his own limited understanding.

Although a brilliant man, Darwin looked at the changes within animal kinds and leaped to the conclusion there must be changes between animal kinds. His theory of evolution from common descent, although plausible, is ultimately wrong.

The Psalmist tells us this is what happens if we lean on our own understanding. We can follow a path that seems right, but ultimately leads us in the wrong direction.

Are you pursuing ways of thinking not based on God’s word?