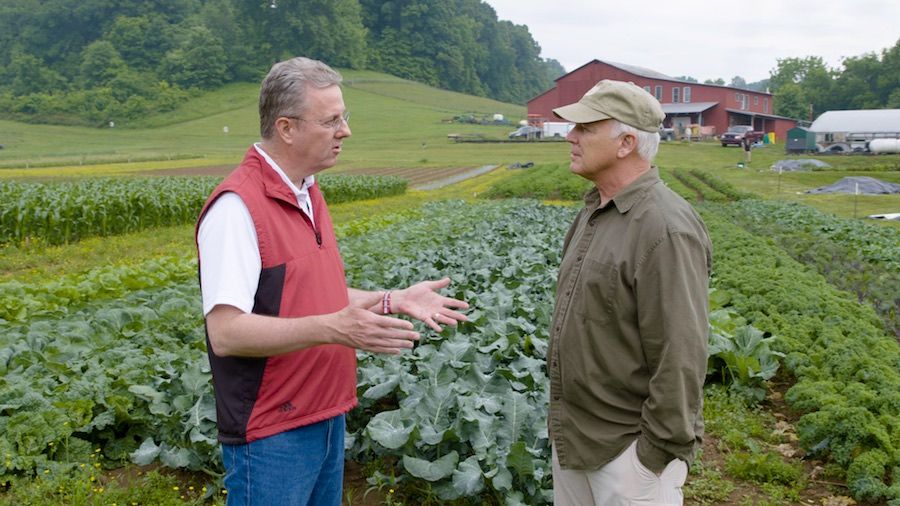 Then God said, “Let us make man in our image, after our likeness. And let them have dominion over the fish of the sea and over the birds of the heavens and over the livestock and over all the earth and over every creeping thing that creeps on the earth.”

So God created man in his own image,
in the image of God he created him;
male and female he created them.

And God blessed them. And God said to them, “Be fruitful and multiply and fill the earth and subdue it, and have dominion over the fish of the sea and over the birds of the heavens and over every living thing that moves on the earth.” And God said, “Behold, I have given you every plant yielding seed that is on the face of all the earth, and every tree with seed in its fruit. You shall have them for food. And to every beast of the earth and to every bird of the heavens and to everything that creeps on the earth, everything that has the breath of life, I have given every green plant for food.” And it was so. And God saw everything that he had made, and behold, it was very good. And there was evening and there was morning, the sixth day. (Genesis 1:26-32, ESV)

And Pharisees came up to him and tested him by asking, “Is it lawful to divorce one’s wife for any cause?” He answered, “Have you not read that he who created them from the beginning made them male and female, and said, ‘Therefore a man shall leave his father and his mother and hold fast to his wife, and the two shall become one flesh’? So they are no longer two but one flesh. What therefore God has joined together, let not man separate.” They said to him, “Why then did Moses command one to give a certificate of divorce and to send her away?” He said to them, “Because of your hardness of heart Moses allowed you to divorce your wives, but from the beginning it was not so. And I say to you: whoever divorces his wife, except for sexual immorality, and marries another, commits adultery.” (Matthew 19:3-9, ESV)

Therefore, just as sin came into the world through one man, and death through sin, and so death spread to all men because all sinned— for sin indeed was in the world before the law was given, but sin is not counted where there is no law. Yet death reigned from Adam to Moses, even over those whose sinning was not like the transgression of Adam, who was a type of the one who was to come.

We took a family trip to Williamsburg, Virginia last summer. As we toured the town, we heard how the people of the Colonial Era changed history.

But how can we be sure Patrick Henry, George Washington, and Thomas Jefferson were real? None of us have met them. Couldn’t they have been made up to fulfill a patriotic function? Does it matter?

There are two good reasons we know they were real. First, there are reliable historical accounts. Second, we can see the results of their actions in our world today.

Adam and Eve are no different. Some people say, however, that they were made up to serve a theological function. They want to replace the history recorded in the Bible with a different history, one that says “Adam” and “Eve” represent our first human-like ancestors that lived millions of years ago.

Saying this is like denying the reality of our Founding Fathers. Adam and Eve are essential for understanding the history of the world. Without them, there can be no history.

In his gospel, Luke traces Jesus’ genealogy to Adam. He then says Jesus went into the desert to be tempted by Satan, the same spiritual being who tempted Adam thousands of years before.

The apostle Paul makes the same comparison in Romans. Adam brought death into the world; Jesus brought life. In fact, Jesus came to save us because of what Adam did.

When Paul is in Athens, he explains that all people are descended from one man. When Paul writes to the Ephesians, he says marriage goes back to the first couple. And when Paul talks about roles in the church, He refers to the first temptation.

This is a very different history than the evolutionary history of the world. Those who seek to merge them have to deny aspects essential to each.

Charles Darwin understood this. One of his friends living in the United States wanted to create something called ‘theistic evolution.’ Darwin thought this was a strange idea; the whole purpose of his theory was to replace the history recorded in Genesis.

Darwin, of course, was not the first person to re-interpret the physical world according to his own views. Adam and Eve tried to do so, too. We are still living with the consequences.

How does the reality of Adam and Eve impact your life today?

Go to Lesson 4: How Violent was the World?