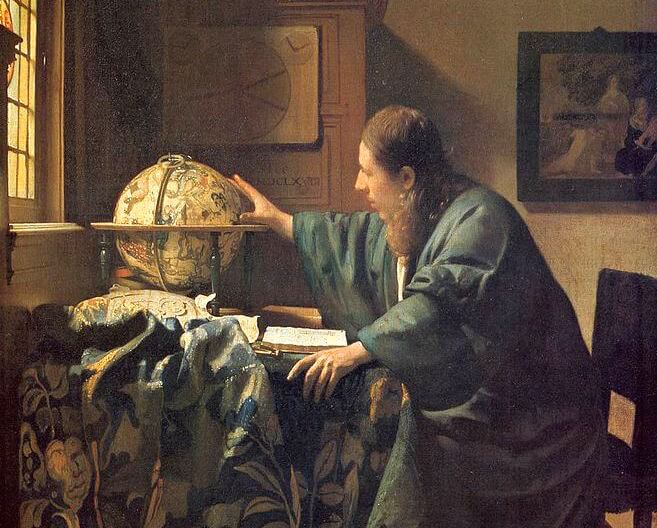 Is Science an Ultimate Authority?

Sometimes it’s helpful to look at the history of science and Biblical interpretation at the same time.

In 19th-century England, new views presented by geologists and paleontologists convinced some Bible scholars and pastors to begin interpreting Genesis according to an old earth, and (in some cases) a local flood.  At the time, those geologists pointed to the situation with Galileo and the Church in the 16th-century, saying the situation with geology and the age of the earth was the same.  No one should use the Bible to influence science.  (I have heard the  same argument made today.)

There is, of course, an important difference.  Galileo was talking about something happening in the present that could be be observed (the rotation of the earth around the sun); the geologists and paleontologists in England were talking about something that happened in the past that could not be observed.  Unlike Galileo, these early scientists were looking at the rock layers and the fossils, then interpreting them according to new assumptions about the way the earth developed and its consequent age.

This is why geology and paleontology are considered historical sciences. They are seeking to explain events that are not now happening.  But, like all areas of science, they rely on numerous assumptions. In fact, a cursory reading of the history of geology and paleontology reveals that many of the assumptions and conclusions of those early scientists are no longer held today; they have been replaced with new assumptions and conclusions.

This is what we see in every area of science. Over time, the views of scientists are consistently replaced, often contradicting what had been held before as true.  The actual history of science does not reveal a straightforward progression of knowledge as often presented in textbooks. Rather, it shows that scientific thinking is a series of changing “paradigms,” or ways of interpreting bodies of data that are ever-growing and necessarily re-evaluated.

In many instances, a new idea completely replaces a prior idea about the world. Whether one is looking at the history of physics, of geology, or of biology, one sees a fascinating series of shifts and movements that make one wonder how anyone can think science is an ultimate authority.  After all, if our views of the world have changed greatly since 1950, even more so since 1900, and radically so since 1850, then why would anyone think our views won’t change just as much (if not far more) by 2050, 2100, or 2150?

History Does Not Change

This is why history is so important.  The events of history never change.  We don’t debate whether Julius Caesar or George Washington really existed; we don’t wonder if the Constitutional Convention actually happened in Philadelphia.  We may not know every aspect of those people and events, but we do know there is an absolute fixity to them.  No one can change what actually happened in history.

This is why the Bible is a history book, not a science book.  The events recorded in it may have an impact on science, but they do not change like science.  It is also why the Bible uses genealogies to track the passage of time: biological parent-child relationships can never be altered.  The Bible is about recording real people and real events in real time.  What happened in history does not change.

On the other hand, we can be sure that scientific ideas have changed and will continue to change.  That’s why we can’t use them to interpret the Bible.

Just consider what happened in 19th-century England.  Many of the early geologists and paleontologists were actually Christians who embraced the view called ‘progressive creation’: that God had used a series of creation events over long periods to populate the world (they were unsure exactly how long, just much longer than what the Bible presented).  Although they accepted long ages, they rejected the idea of biological evolution as being incompatible with the Bible.

In 1844, however, a book was published entitled The Vestiges of the Natural History of Creation.  It argued for the evolution of the universe, of the earth, and of animals and man.  It was extremely popular, but not considered scientifically accurate.  A number of Christian geologists spoke out against it.  Nevertheless, it paved the way for a much more important work by Charles Darwin entitled Origin of the Species in 1859.

Within a generation after the publishing of these two books, the views on the history of the world held by those prior geologists were replaced with the views of Darwin and his followers.

But what about Genesis?  Just as the Christian geologists had influenced new interpretations of Genesis, a whole new set of interpretations began to appear that explained the first chapters in light of evolution.  In fact, an American scientist named Asa Gray (a close friend of Darwin’s), was one of the first to argue for theistic evolution as the guiding factor for evolution. Darwin didn’t much care for this view, but it became popular with many Christians on both sides of the Atlantic.

Replacing One History with Another

The point is this: there’s nothing really new in the world.  There are some Christians today who say we must use the current findings of science to interpret the Bible.  Some want to go back to progressive creation, others want to argue for theistic evolution.  Both groups are just replacing the history presented in Genesis with a history of their own making.

The only solution is for Christians to recognize that the Bible gives us an accurate history of the world from Creation to the consummation of Christ’s Kingdom.  Genesis is as important as Exodus or Kings or Matthew or Acts. In fact, it can be argued that it is most important to the history of the world since it explains the origin of everything.

And how does Genesis relate to the natural world around us?  That’s the point of the documentary Is Genesis History?  It examines different lines of scientific evidence to show that it is quite reasonable to accept the Bible as a book of accurate history.  Far from being exhaustive, the film is an introduction to seeing the world in the light of Genesis.  As a number of scientists point out, there is still a lot of work to do.

After all, the world we live in is unimaginably complex.  Any honest physicist, biologist, or geologist will tell you that we understand only a small percentage of the natural world.  As our knowledge has increased, so too has our appreciation of the sheer immensity and complexity of the universe at every level, from atomic to galactic.

That complexity goes back to the beginning.  This means that the best way to understand what happened is to rely on a historical record that is dependable and authoritative.  It doesn’t mean everything will be easy to understand – it won’t be.  The history of science also shows us that trying to understand the world takes time, effort, and intelligence.  The fact that most of the greatest scientists in history were Christians who trusted Genesis should, however, be an encouragement to us. Perhaps that circumstance will one day come again.

Until then, Christians must strive to understand the natural world as best they can in light of the record in Genesis.  We hope that our film is a helpful place to start.