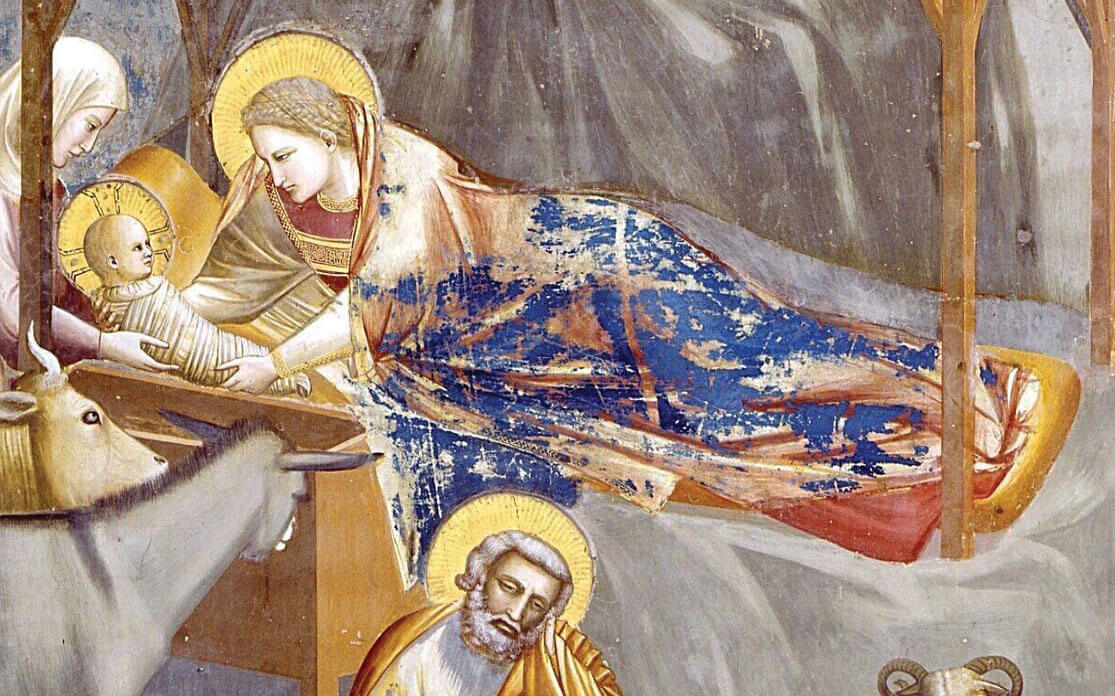 5 Ways to See Christmas in Genesis

Most people don’t think about Genesis when they think about Christmas. The first book of the Bible is not normally quoted during Advent services. Handel didn’t even include Genesis in the Messiah.

And yet Christmas can be found throughout the book of Genesis. Here are five places that give important insight into the incarnation of Jesus Christ:

This is a bit of a brain teaser, but when Adam was created, He was made to reflect the image of someone not yet born. Paul mentions this in Romans 5:12 when he talks about “Adam, who was a type of the one who was to come.”

The word ‘type’ in Greek is tupos. It is related to the process of a stamp pressing into wax to create an impression. The formed wax becomes a ‘type’ that perfectly reflects the image used to form it. According to Paul, Adam was a type of Christ.

This means that although Christ was born in Bethlehem thousands of years after Adam, His image was used to form Adam. Yes, it is quite mysterious. But when Jesus was born in a manger, the man He was most like was Adam, the only other perfect man to have lived on the earth. Yet where Adam would one day fall into sin, Jesus would remain sinless all His days.

At the fall of Adam and Eve, Satan appears victorious. Yet when God curses Satan, He announces his defeat at the hands of a child who would be born thousands of years later, telling him, “he shall bruise your head, and you shall bruise his heel.”

This is the importance of Christmas morning*: Christ was born to fulfill a prophecy made at the beginning of history.

Knowing this, Satan sought to destroy Him while still a child by influencing Herod to kill all the baby boys in the region of Bethlehem. He was trying to eliminate the one who had come to crush him. John speaks of it in Revelation 12 when he says: “And the dragon stood before the woman who was about to give birth, so that when she bore her child he might devour it. She gave birth to a male child, one who is to rule all the nations with a rod of iron…”

And yet it is Satan who is destroyed. As Paul observes “The God of peace will soon crush Satan under your feet.” (Rom 16:20).

It is no coincidence that genealogies start the gospels of Matthew and Luke. Jesus’ pedigree is extremely important to who He was and what He would do. This is why Matthew provides Jesus’ royal linage while Luke provides Jesus’ biological lineage.

Luke likely used temple records to document Joseph’s and Mary’s ancestry from the tribe of Judah. Like all Israelites, this ancestry linked back to Abraham, a man who lived two thousand years before Joseph. And yet Abraham’s line goes back further through Shem to Noah to Enoch to Adam.

Christmas is therefore a return to the beginning where Jesus, the son of God, is directly related to “Adam, the son of God.” (Luke 3:38) Again, mysteries abound: although Adam was merely a man, Christ was fully man and fully God. Jesus was the Son who came to save His mortal father.

4. Genesis 22:18 – Jesus was the Seed and the Sacrifice Who would bless all Nations

There is a beautiful song in German entitled “Sleeping Jesus-child.” Set on Christmas morning, it draws a comparison between the wood of the manger on which Jesus rests and the wood of the cross on which He would suffer.

Yet this was all in the future when Abraham led his son Isaac up Mount Moriah to sacrifice him at God’s command. An extraordinary test for Abraham, in hindsight it was an extraordinary picture for us: one day, a Father actually would sacrifice His own Son in order to bless the many.

God looks forward to this sacrifice when he tells Abraham: “And in your offspring [seed] shall all the nations of the earth be blessed, because you have obeyed my voice.” That prophecy began to be fulfilled on Christmas morning. Mary realized this and included it in her own song: “He has helped his servant Israel, in remembrance of his mercy, as he spoke to our fathers, to Abraham and to his offspring forever.” (Luke 1:54-55)

When Jacob lay on his deathbed, he called in his sons to bless them. To his son Judah, he said: “The scepter shall not depart from Judah, nor the ruler’s staff from between his feet, until tribute comes to him; and to him shall be the obedience of the peoples.”

Although David was the first great king of Judah, he was a shadow of the much greater King who would be born on Christmas day for whom the scepter was always intended.

But it was left to Paul to give us one of the greatest declarations of Christ’s Lordship, declaring that He “is the blessed and only Sovereign, the King of kings and Lord of lords, who alone has immortality, who dwells in unapproachable light, whom no one has ever seen or can see. To him be honor and eternal dominion. Amen.”

This Christmas, as you listen to the story of Jesus’ birth, take a moment to remember how much of it is connected to the history recorded in Genesis.

If you’d like to learn more about what the Bible says about Genesis, download a free lesson from our Bible Study.

*”Christmas morning” refers to the morning Christ was actually born, which most likely was not December 25. Nevertheless, it is the day the church has celebrated His birth for nearly 2000 years, so it seems reasonable to continue to do so.

All verses quoted from the English Standard Version of the Bible.