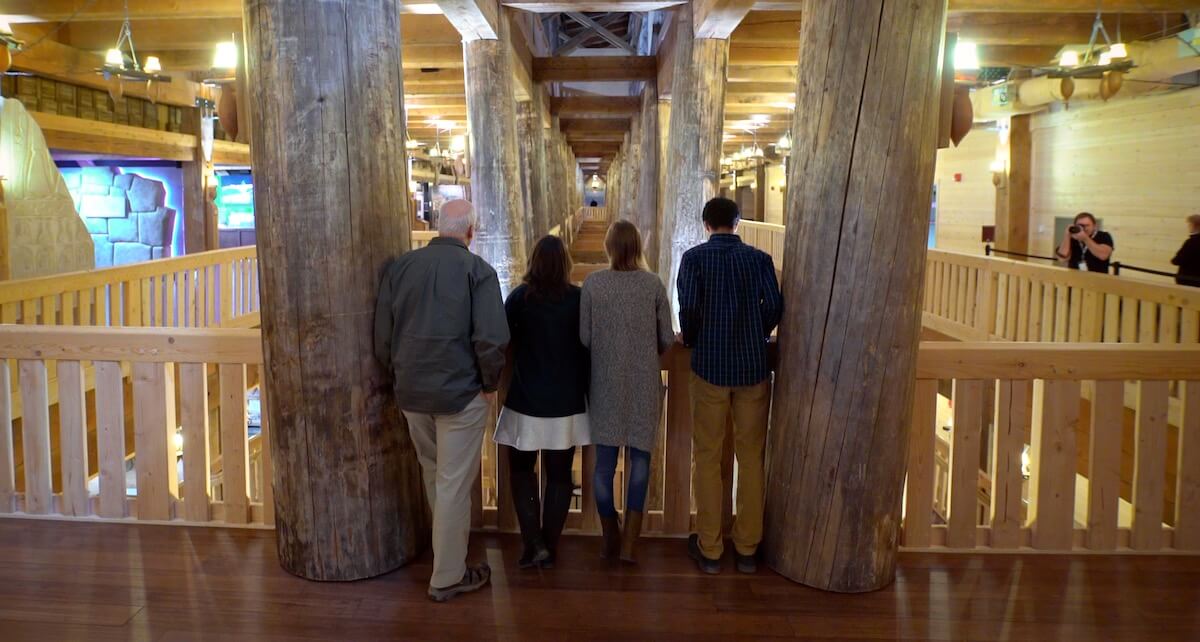 In early January, we filmed an interview with Del Tackett and 3 college students for the Anniversary Showing of Is Genesis History? on February 22, 2018.

It was a fascinating experience. We were at the new Ark Encounter in Kentucky — a pretty astounding place if you haven’t visited it yet — filming them as they toured the enormous structure.

They were wide-eyed and amazed at the size and design. “Big. That’s for sure,” said one. “Just amazing,” said another.

As they talked, I noticed they approached Del’s questions from a unique perspective. Millennials can be refreshingly honest; because of this, they sometimes quickly get to the heart of a matter. 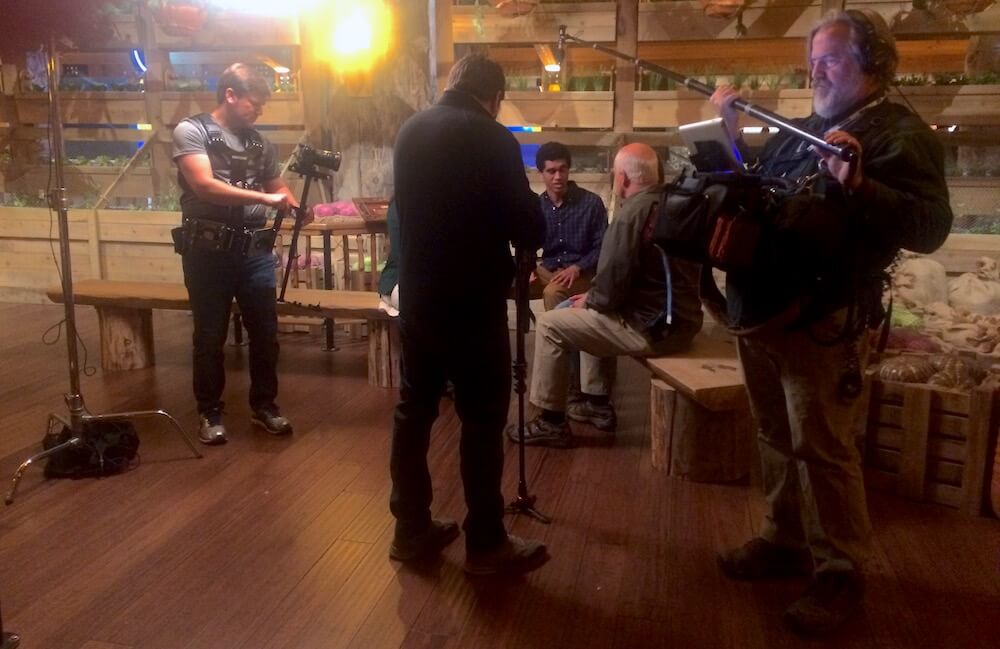 Here are three insightful observations they made:

1. To say natural evil, corruption, and death existed before the Fall of Man questions God’s goodness.

Del asked a sophomore majoring in physics why he was a young earth creationist. He explained: “Our sin in Genesis 3, that changed everything. All this corruption and evil — that’s where it came from. God said I created the earth ‘very good.’ If that’s in the original blueprint or design, for me, that doubts at the goodness of God.”

He’s right. If God said His original creation was “very good,” yet intentionally created it with corruption, evil, and death, doesn’t that call into question His goodness?  If animals suffered and died in the original creation, what does “good” really mean?

The young man brought this up because he had faced it at his Christian college. His professors had adopted the conventional timeline of Earth history and were teaching that billions of years of corruption, natural evil, and death existed on the Earth long before Adam. It troubled him because he realized how their arguments reflected on God’s character.

Many people don’t realize that death before Adam is a necessary conclusion for those who hold to an old Earth. Instead of the fossil record being a picture of a global flood, it’s a picture of millions of years of corruption and natural evil. Any Christian who accepts the conventional timeline of Earth history must also accept the endless death that happened during that history.

That’s a significant problem, but it’s not the only problem.

2. God’s Justice and Love are Essential to the First Chapters of Genesis

One of the other students was a mechanical engineer. She said she was surprised to find out that many professors in her Christian college did not accept six day creation or a global Flood.

As she considered their views, she said “the issue of death was a big part for me. Having death before the Fall, that doesn’t line up with God’s character, and His justice and love.” How could death—the great enemy of man—have been a part of God’s original creation?

According to Paul’s letter to the Romans, death came into the world as a result of God’s justice. God judged Adam with spiritual and physical death the day he ate of the tree. At the same time, God placed all of creation in “bondage to corruption.” Natural evil entered the world because of Adam’s sin.

God’s justice and love are therefore perfectly balanced between the first chapters of Genesis and the last chapters of the gospels.

It was God’s love, however, that sent His Son to redeem the dying children of Adam. As Paul told the Corinthians, “for as in Adam all die, so also in Christ shall all be made alive.”

God’s justice and love are therefore perfectly balanced between the first chapters of Genesis and the last chapters of the gospels. Even the creation itself will one day be set free from its bondage to corruption in the new heavens and earth.

Yet for Christians who think natural evil preceded Adam’s sin, God’s justice is no longer the reason for the physical condition of the world. If the Earth is billions of years old, it has always been subject to corruption.

This is a completely different history of the world than the one found in the Bible. Not only does it alter what we know about God’s justice and love, but it introduces a tension between how the world started and how it will end.

3. The New Creation will be a Reflection of the Original Creation

We sometimes forget that the historical sequence of ‘creation-fall-redemption’ culminates in a final step: the new creation. A communications major spoke about the implications of this pattern, observing:

“When you have the new creation… it’s supposed to mirror creation in the beginning when there was no sin. If we have death when God created the Earth, that doesn’t line up for me. I really do think God had that specific plan in mind, and He created it in six days. Just think how great it’s going to be when we see the new creation.”

It is easy for us to get caught up in the corruption of the current world and forget there will be “a new heaven and a new earth, for the first heaven and the first earth” will pass away. Although it is impossible to fully comprehend this, the world we are headed toward is more like the world we lost than the world we now know.

As these students understood, the conventional history of the world contradicts the very nature of God and His actions in time. The issue is not simply a matter of what happened in the past, but a matter of God’s character.

We can sometimes ignore that in the midst of talking about science. It was therefore instructive for all of us to hear such insightful observations.

You can watch the complete interview and learn the story behind it here.