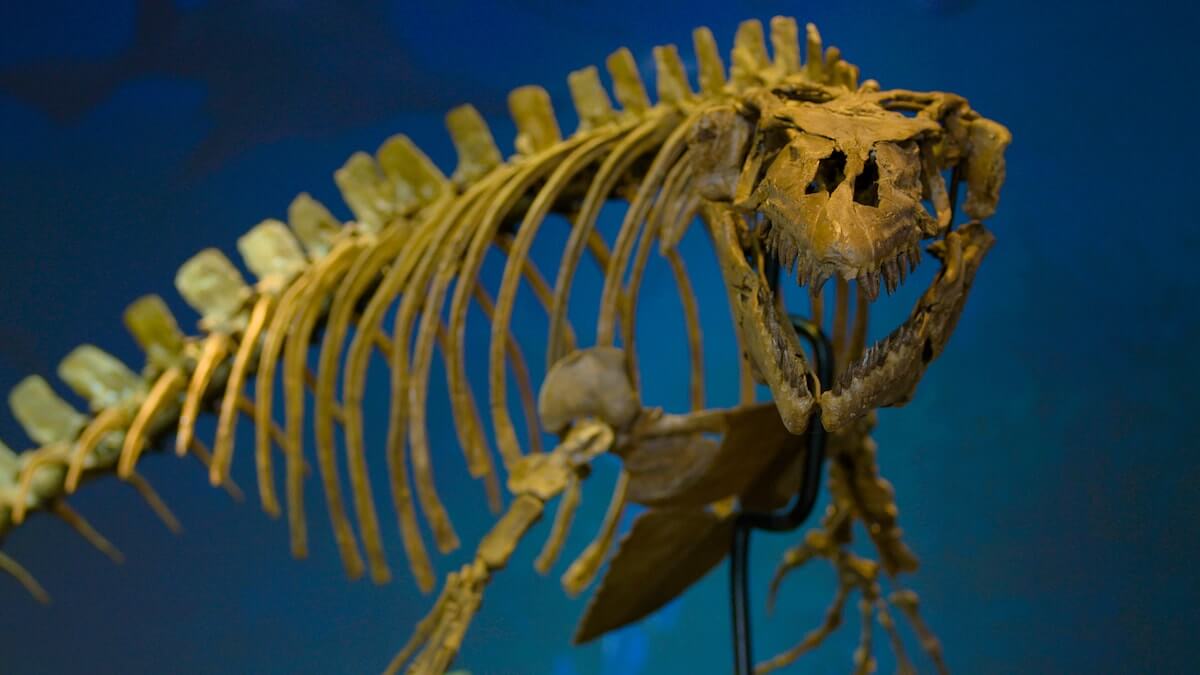 Where Do Fossils Fit Into the Bible? – Part 3

This is the third of five posts dealing with the question of ‘The Age of the Earth and the Bible.’ It is taken from the Is Genesis History? Bible Study available in our store. Read the first post here, and the second post here.

The Origin of the Fossils

By this point, everyone knew there were fossilized remains of dead creatures and plants in the rocks, often in very specific layers and patterns. Although some of these creatures were clearly extinct (such as the dinosaurs), some looked very similar to species still living on the earth.

This raised an additional series of questions: If God created all these organisms, when did He do it? And how did they get into the rocks in such specific patterns? Furthermore, if they were examples of creatures that died long before Adam, how did their deaths fit with the doctrines of creation and the fall in terms of an originally good earth cursed with corruption?

Let us return momentarily to the record of Biblical interpretation.

From the first century onward, there was a nearly unanimous view that all living creatures in the world were created fully-formed as distinct “kinds” on creation days 3, 5, and 6. These kinds could be seen in the various species that were then alive (allowing for some variation in how one defined ‘species’ and ‘kind’).

There was also agreement that living creatures were created “good” in a “very good” world. This meant no predation in the animal kingdom, harmony amongst living organisms, and the absence of death in the world.[1]

Finally, there was an understanding that the flood of Noah’s day covered the entire earth, killing all flying creatures and land animals. This meant that, up to the 18th-century, when fossils of different creatures were found in the mountains of Europe, they were assumed to be the remains of creatures killed during Noah’s flood.[2] The large layers of rock in which the fossils were found were therefore the result of God’s global judgment.

By the late 18th-century, however, geological views were changing concerning the source of the rocks. If the layers were actually evidence of long ages rather than a global judgment, what were the fossils evidence of?

This question was taken up by naturalist Georges Cuvier in France. As the director of the Museum of Natural History, he had amassed the largest collection of fossils in the world and was considered the foremost expert on extinct creatures—particularly their unique forms.[3]

By the late 18th-century, however, geological views were changing concerning the source of the rocks.

Cuvier thought the extraordinary design of fossilized animals meant they had originally been created by God in the same form in which they had been buried. He looked at the different species found in successive layers of rock and argued that God progressively created creatures at various times and places in the world, all separated by long ages and great distances.

These long ages ended with catastrophic extinction events in which large numbers of species died out. The catastrophes were followed by God starting over again creating many new species in different places all over the earth. This cyclical process occurred dozens of times until man was finally created in the most recent creation event.[4]

The fossils, therefore, were additional evidence of an old earth. This meant not only long ages before Adam, but ages filled with the violent death and extinction of countless species of God’s creatures. For some, this was a history difficult to reconcile with the record in Genesis, even if it was a symbolic record. Genesis said nothing about death and extinction; in fact, all prior interpretations had pointed to a paradise on earth.

What became of Noah’s flood?

For a while, geologists relegated evidence for the flood to the highest rock layers. But by the mid 19th-century, even this was re-interpreted as evidence for an ice age. The flood of Noah’s day was finally determined to be a local flood, likely somewhere in Mesopotamia.

Numerous Biblical commentators responded in kind, adjusting their interpretations to make room for the new views of the flood. The doctrine of global judgment, which had always been associated with the great deluge, now became more of a symbolic judgment occurring in a localized area.

By this point, it was obvious that many of the doctrines held by Biblical interpreters for almost two millennia had been significantly altered. Nevertheless, although many concessions had been made to the new geological historians, some Christians thought that at least God’s historic role in creating Adam, Eve, and all the living creatures had been retained.

It was not to last for long.

Read Part 4: What Does Evolution Mean for the Bible?