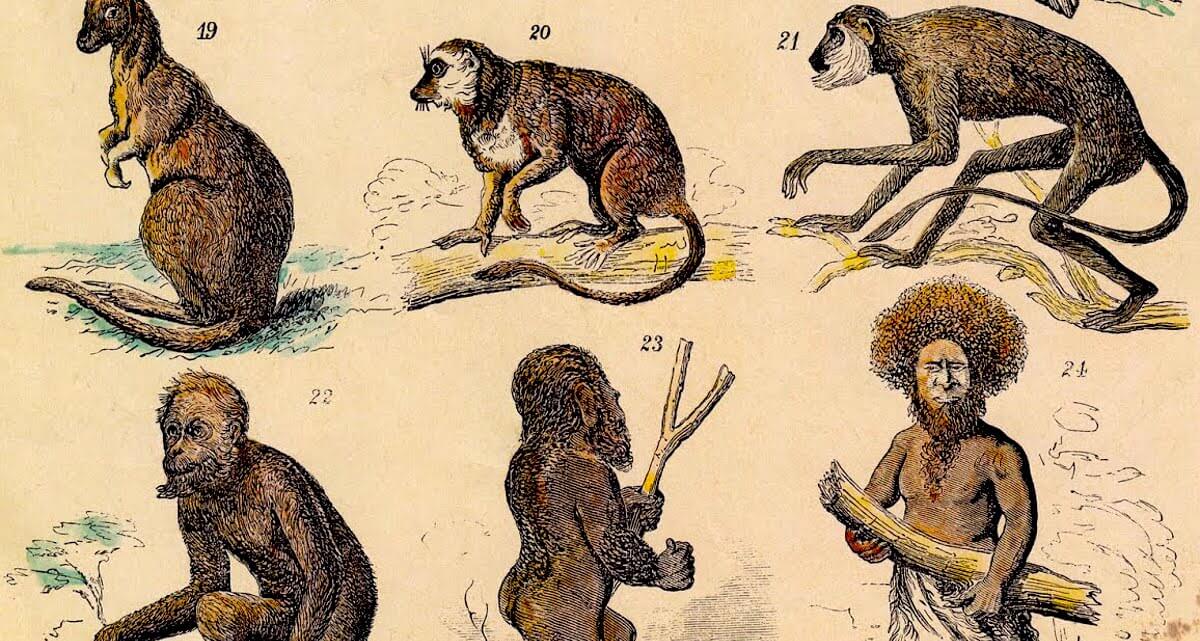 What Does Evolution Mean for the Bible? – Part 4

This is the fourth of five posts dealing with the question of ‘The Age of the Earth and the Bible.’ It is taken from the Is Genesis History? Bible Study available in our store. Read the first post here, the second post here, and the third post here.

Progressive creation over long ages was the established view when Charles Darwin entered the scene.

Unlike Cuvier and other geologists, however, Darwin had been convinced for decades that progressive creation could neither explain all the data nor fit with his agnosticism. Instead, he thought gradual evolution and change from simpler to more complex forms was a preferable explanation.

It was this theory he presented in 1859 in The Origin of Species. He opened his volume with a brief historical sketch of the various views on the subject up to his day.

Knowing his opponents were progressive creationists, he quotes naturalist Thomas Huxley saying, “If we supposed that each species of animal and plant, or each great type of organisation, was formed and placed on the surface of the globe at long intervals by a distinct act of creative power;…it is well to recollect that such an assumption is as unsupported by tradition or revelation as it is opposed to the general analogy of nature.”[1]

In other words, progressive creation was not found in the history of ideas, nor in the Bible, nor in what we see in the world around us.

Darwin would go on to lay out his arguments against special creation. He first argued for the evolution of all living organisms from a single common ancestor in On the Origin of Species (1859), then added the evolution of humans in The Descent of Man (1871).

As he put it, “When I view all beings not as special creations, but as the lineal descendants of some few beings which lived long before the first bed of the Cambrian system was deposited, they seem to me to become ennobled.”[2]

His arguments were so persuasive that a majority of scientists shifted their views from progressive creation to evolution within just a few decades.[3] As a result, Darwin and many others completely rejected God’s role in the creation or formation of any living creature. They did not see evolution in any way compatible with the revelation in the Bible, nor with doctrines like creation and providence.[4]

In spite of this, some Christians like scientist Asa Gray introduced the concept of “theistic evolution” in an attempt to merge Christian doctrines with Darwin’s history. Some Biblical interpreters then modified the day-age interpretation to fit the new scientific views of evolution, including what it said about the natural history of the world.

This led to a few final questions: if neither living creatures nor man had been created by God instantly, then what was one to make of Adam and Eve? How could they be the original two humans if they both had mothers and fathers? Were they even real?

By this point, it seemed obvious to many that the first chapters of Genesis could only be accepted as theological symbolism and mythology, not actual history. Special revelation could not be trusted to provide an accurate history of the world.

Thomas Huxley summed it up well in 1890: “The books of ecclesiastical authority declare that certain events happened in a certain fashion; the books of scientific authority say they did not.”[5]

Over the space of a hundred years, what started as an adjustment in age ended with a completely new history of the earth, its living creatures, and man himself.

It was inevitable that a change in history would be reflected by a change in doctrine. One need only follow the rise of liberal theology in the 19th and early 20th-centuries to see the results of that change. Although that history includes additional lines of influence, the impact of the then-new scientific history of the world cannot be underestimated.

It is not surprising that the doctrines examined in this study were all discarded at various times on the path to the 20th-century: revelation, creation, the image of God, the fall, judgment, and providence came to be considered by many churches as ‘primitive’ ideas that had some use in helping us live our lives, but were not connected to anything real.

The age of the earth had changed; so must the doctrines that were connected to that age.

Read Part 5: The Age of the Earth and Christian Doctrine