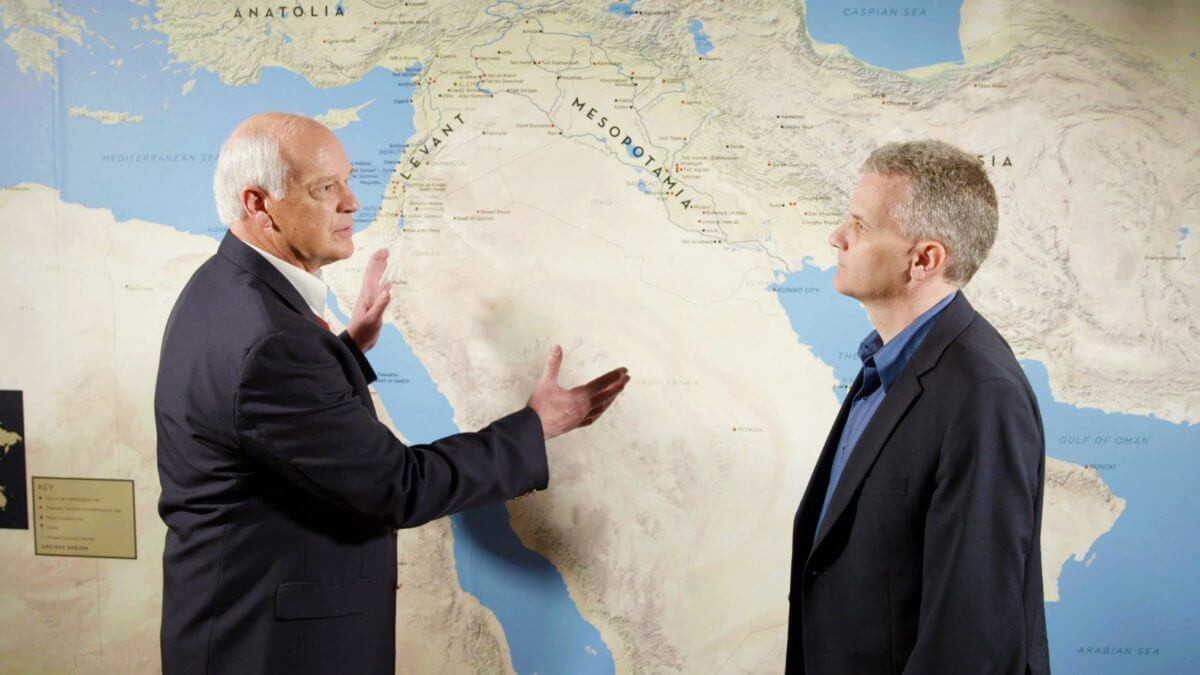 Lesson 6: What Happened at Babel?

Now the whole earth had one language and the same words. And as people migrated from the east, they found a plain in the land of Shinar and settled there.And they said to one another, “Come, let us make bricks, and burn them thoroughly.” And they had brick for stone, and bitumen for mortar. Then they said, “Come, let us build ourselves a city and a tower with its top in the heavens, and let us make a name for ourselves, lest we be dispersed over the face of the whole earth.” And the Lord came down to see the city and the tower, which the children of man had built. And the Lord said, “Behold, they are one people, and they have all one language, and this is only the beginning of what they will do. And nothing that they propose to do will now be impossible for them. Come, let us go down and there confuse their language, so that they may not understand one another’s speech.” So the Lord dispersed them from there over the face of all the earth, and they left off building the city. Therefore its name was called Babel, because there the Lord confused the language of all the earth. And from there the Lord dispersed them over the face of all the earth. (Gen 11:1-9, ESV)

When the day of Pentecost arrived, they were all together in one place. And suddenly there came from heaven a sound like a mighty rushing wind, and it filled the entire house where they were sitting. And divided tongues as of fire appeared to them and rested on each one of them. And they were all filled with the Holy Spirit and began to speak in other tongues as the Spirit gave them utterance.

Now there were dwelling in Jerusalem Jews, devout men from every nation under heaven. And at this sound the multitude came together, and they were bewildered, because each one was hearing them speak in his own language. And they were amazed and astonished, saying, “Are not all these who are speaking Galileans?And how is it that we hear, each of us in his own native language? Parthians and Medes and Elamites and residents of Mesopotamia, Judea and Cappadocia, Pontus and Asia, Phrygia and Pamphylia, Egypt and the parts of Libya belonging to Cyrene, and visitors from Rome, both Jews and proselytes, Cretans and Arabians—we hear them telling in our own tongues the mighty works of God.” And all were amazed and perplexed, saying to one another, “What does this mean?” (Acts 2:1-12, ESV)

My wife and I spent our 15th wedding anniversary in Vienna. She had been a missionary there when I first met her, so we thought it would be fun to visit again. Although we both speak a little German, I walked into the airport conscious of being in a place where I didn’t really understand the language.

Language is such an essential part of our lives, it’s easy to take it for granted. Remove our ability to communicate, and our lives almost stop. Imagine getting an unexpected text in a foreign language, or an email, or picking up the phone and hearing words you don’t understand. It could be unsettling.

This must have been the feeling of the people at the tower of Babel. They were suddenly unable to talk to people they had communicated with a day before. The Bible is vague as to how this confusion took place, but judging from the different language groups that appear in the historical record, it seems to have happened in groups of people.

They also seem to have multiplied into various families. Even though English is related to French and German, we don’t understand each other. Confusion is still the order of the day when multiple languages come together without translation.

That is what makes Acts 2 so interesting. All these people groups had converged on Jerusalem for the feast of Pentecost, but when Peter and the apostles stood up to speak, each group heard the gospel in its own language. This was the reversal of Babel.

With the start of Christ’s Kingdom, the gospel was made universally understandable. It was intended to draw all groups of people into it. And even though Christians may continue to speak different languages, there is a curious ability to understand those who worship the same Lord.

I found this out when I once visited Amsterdam. We had an international Bible study where six of us represented ve different continents. Although we didn’t understand each other, we felt a kindred spirit that transcended language.

I think it was the spiritual language of the love of God.

Have you ever experienced the warmth that comes when meeting Christians from foreign countries?

Go to Lesson 7: Why are Creation and the Flood So Important?