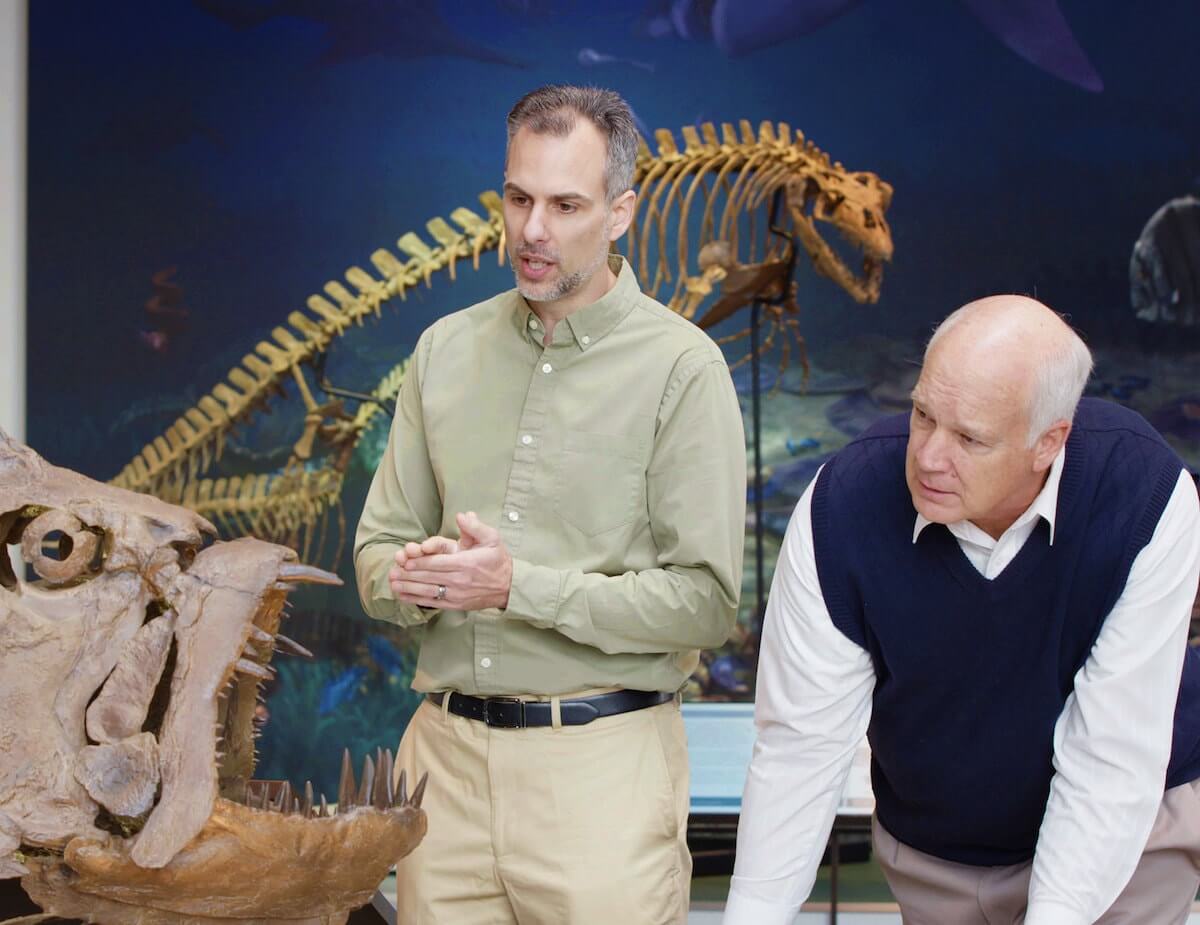 What Does the Fossil Record Show Us?

Everyone is fascinated with fossils. That’s one of the reasons natural history museums put them front and center: they are windows into a vanished world.

But the discovery of fossils originally served a more practical purpose. In the 18th century, when Englishman William Smith was putting together the world’s first geological map, he used different types of fossil shells to identify different layers of rock.

What he realized was that the fossils seemed to be laid down in a unique order one type on top of another. They appeared, persisted through layers of rock, only to suddenly disappear. Other geologists noticed the same patterns. But what did they mean?

Nevertheless, when it comes to discussions of the history of the earth, the fossil record is necessarily at the center of the argument.  And no matter one’s specific interpretation, everyone agrees it’s clear evidence there were an enormous number of creatures living on the earth in the past that are now dead and buried within the rock layers of the earth.

So what do we make of the fossil record?

When we interviewed Dr. Marcus Ross, a paleontologist who now teaches at Liberty University, he provided a general overview of the creationist view of the fossil record. One of the things I appreciate about Dr. Ross is that he speaks honestly about what seems to make sense and what doesn’t make sense.

That’s the thing about the fossil record: it seems to offer equal opportunity problems to everyone’s views. The sudden appearance of complex life at the Cambrian explosion; the extinction of some species alongside the survival of others; the bizarre disappearance of dinosaurs; the sudden appearance of modern mammals in all sorts of different shapes and sizes in spite of few obvious ancestors; and the list goes on and on.

Our perspective is that, although there still remain many mysteries in the fossil record, there are some big items that support a massive world-wide deluge in the past:

Dr. Ross discusses these details (and more) in this complete video from Beyond Is Genesis History? Vol 1: Rocks & Fossils.  We didn’t include any of this of this interview in the film, so if you’ve only seen our feature length documentary Is Genesis History? it will be completely new to you.

In one sense, the fossil record is ground zero for discussions about creation and evolution. Yet both sides seem to wrestle not only against each other, but often against the fossil record itself. What do all these curious shapes really tell us about the past? And why are they located where they’re located?

It is a complex story. But Dr. Marcus Ross does an excellent job pulling many of the pieces together to reveal what the fossil record shows us about the history of the earth.

If you enjoy this video, you’ll be pleased to know there are 47 more just like it in our Beyond Is Genesis History? series. Check out the complete set today.