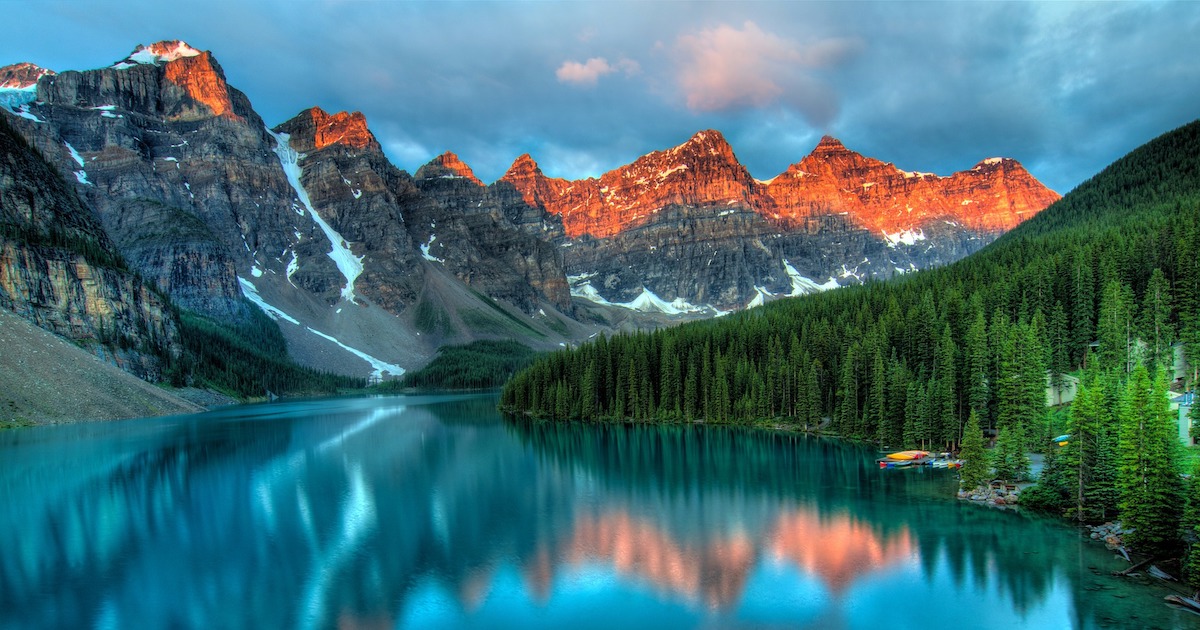 A Brief History of Everything According to Genesis: Introduction & Timeline

My 13-year-old daughter recently showed me a geography textbook that said the Rocky Mountains were formed millions of years ago. Realizing this sort of age was far older than the one given in the Bible, she asked how the formation of the Rocky mountains fit into the timeline of earth history according to Genesis.

It was a good question. She could just as easily have asked about the stars, or plant fossils, or different types of animals, or ancient civilizations, or countless other things.

So where does everything fit?

When we produced our documentary on Genesis, we had to make a choice. We could either explain the events of earth history in chronological order, or we could group them by topic. For a variety of reasons, we chose the latter. The film therefore progresses from rock layers, to fossils, to living things, to stars, and, eventually, to man.

We did include one section that provides a short account of earth history.

About 30 minutes into the film, paleontologist Kurt Wise explains what he refers to as the “five epochs of earth history.” Starting with Creation Week and ending with the Modern Epoch, he gives a rapid overview of the natural history of the earth. (You can watch his slightly longer explanation in the video above from Beyond Is Genesis History?)

Due to time constraints, however, Kurt’s section barely scratched the surface. Conversations with my daughter and others made me realize there’s still a need to see how different events fit into a timeline of earth history according to Genesis.

This post is therefore the first in a series that will try to merge what we know about the natural world with what we know from Genesis. So far as I can tell, it’s never been done quite like I’m hoping to do it.  My hope is that as you begin to see where things fit, you’ll have an even better understanding of why Genesis is truly history.

If we’re going to be looking at a series of historical events, it’s helpful to step back and get the big picture. This is what a timeline does: it links events to specific points of time.

But how do we measure time?

Interestingly enough, Genesis uses both of these time markers in its first chapters. Many people don’t realize that Genesis is the only ancient near eastern creation account that consistently employs specific time measurements in the unique way it does. 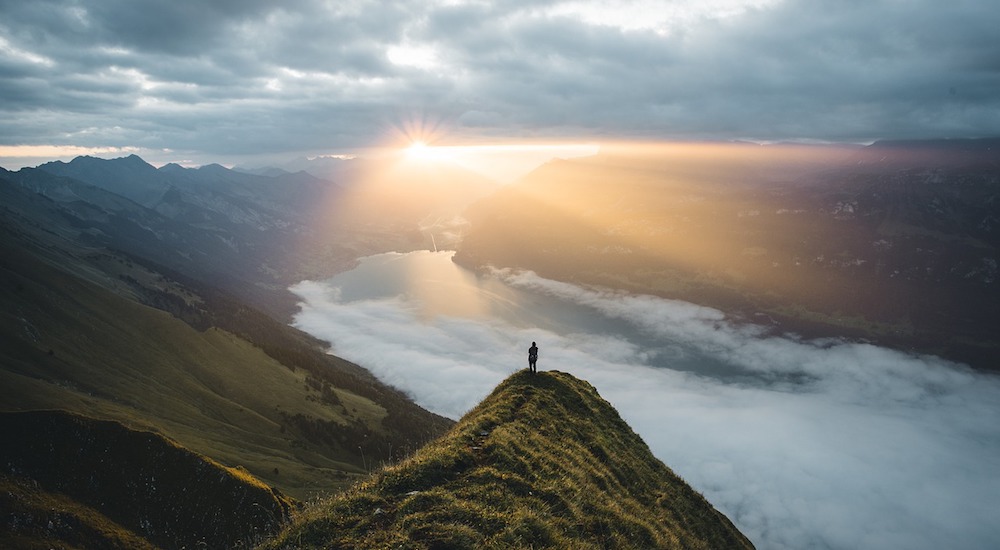 God’s creation of everything is documented in Genesis 1 as taking place over six days.

It would appear the days of creation are meant to be understood as normal days since they are described as having evenings and mornings, they are listed in successive order (a second day, a third day, etc.), and they are grouped together as one week in the 10 commandments. Although extraordinary events happen on those days, the days themselves are mundane, 24-hour days like the days we all experience (or an Israelite living during the time of Moses would have experienced).

That’s actually one of the purposes of God creating everything in just a few days time:  it’s the brevity that makes it so amazing.

In fact, this is the way new creation always occurs in the Bible. God does things suddenly in a short period so we can know the miraculous is happening. Take, for example, Jesus healing the sick, turning water into wine, or feeding thousands of people. Creation always happens quickly.

Instead, we have to turn to Genesis 5 and 11. In these chapters we find two of the most important genealogies in the Bible. The first genealogy starts with Adam and ends with Noah; the second genealogy starts with Noah and ends with Abraham. Curiously, both genealogies include the age of each man at the birth of his descendant. By adding these ages up, they seem to provide a timeline of history starting at Creation, going through the Flood, and ending at Abraham.

Interestingly, it doesn’t matter whether the men are fathers, grandfathers, or great-grandfathers to their descendants (the Hebrew word does not specify). The way the passage is constructed appears to offer the potential for using these lists of ages as “chrono-genealogies,” even if some names are not included. Although not everyone today sees them that way, most Jews and Christians throughout the history of the church have thought they provided a basic timeline for the first part of earth history.

In fact, scholars have observed this practice of noting the age of a man at the birth of his descendent is completely unique to the Biblical manuscripts. No other genealogy in the Bible (nor in the ancient near eastern world) includes age relationships like this. For our purposes, therefore, we’re going to assume they can be used to create a timeline.

But there’s a problem we have to address.

Many creationists accept the younger ages listed in the Masoretic Text. This places Creation at around 4000 BC and the Flood about 2400 BC, resulting in an approximately 6000 year old earth.

A few creationists think the two genealogies are not “chrono-genealogies” and so the creation of the earth and the year of the Flood cannot be dated with accuracy. Instead, they say the earth is around 10,000 years old.

Finally, there are some creationists who accept the older ages in the Septuagint. This puts the creation of the world about 5500 BC and the year of the Flood around 3300 BC, providing an approximately 7500 year old earth.

After listening to the arguments of archeologist Doug Petrovich, I have come to think the older ages listed in the Septuagint are the best choice. He and a few others make a compelling case that the Septuagint numbers more accurately reflect what Moses originally wrote. (See The Genesis 5 & 11 Chronology Research Project for further details.)

Assuming that is true, it would give us a timeline looking something like this (you can click to enlarge it):

This view of earth history is often referred to as “Young Earth Creation.” In comparison to other timelines of earth history, it views the earth (and universe) as being relatively young.  After all, compared to a 4,500,000,000 year-old earth, anything less than 10,000 years is young indeed.

In light of what we’ve established, we can start to divide things up into periods of time. Some periods have pretty clear events that bookend them; some are a bit more speculative; and one flows right into another. All to say, here’s a thumbnail sketch of my proposed major periods of time and events as they are linked to chapters in Genesis.

Although we could continue on through the Ancient world to the present day, by the time we reach the life of Abraham we enter into a period of growing historical documentation throughout various cultures. These provide a way to line up different events and people happening at different places in the world. Furthermore, these events are discussed in many other works of ancient history.

The other eras and events listed above, however, are rarely looked at from the perspective of natural history. The conventional historians of billions of years have tried to fit the stars, rocks, fossils, and artefacts into an extremely long timeline.

My attempt will be to take those same things and show how they fit into a Biblical timeline. 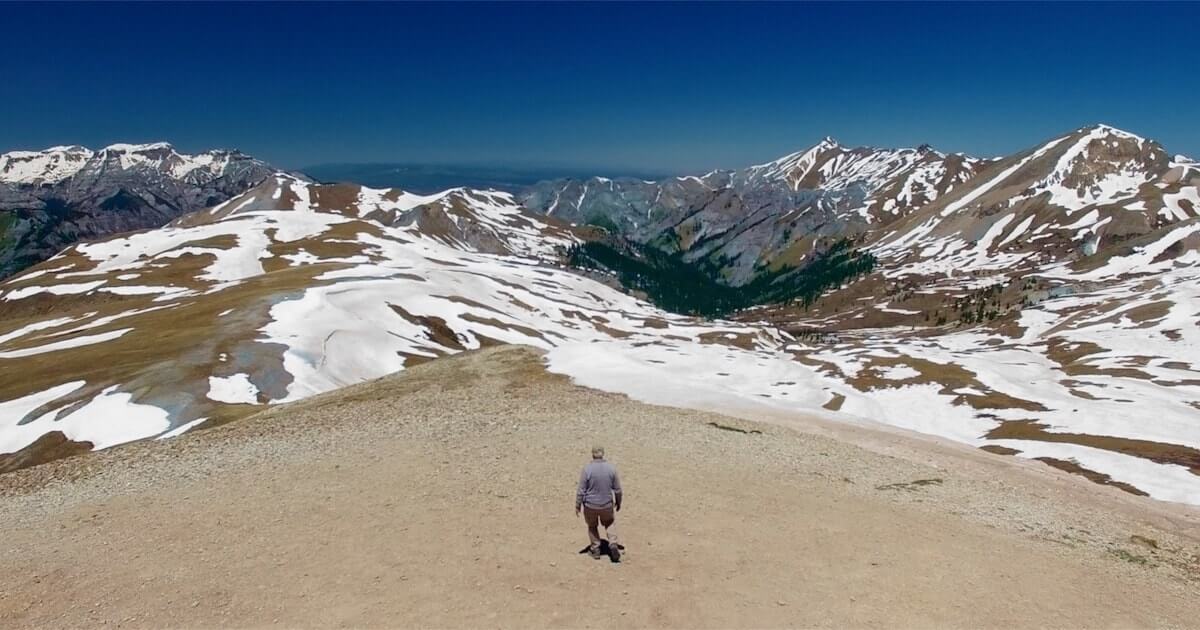 There are a number of people who think attempting to do this is like climbing the Rocky Mountains: uncertain, difficult, and perilous.  It is true there are many challenges facing us which I will mention in closing:

One final thing: What about the Rocky Mountains?  Where do they fit into the timeline?

According to geologist Andrew Snelling, the Rocky Mountains began to build during the closing months of the Flood and continued growing during the era after the Flood. The result of their incredible rise was the formation of these amazingly huge bent rock strata at the bottom of the Grand Canyon. (Learn more from his article about it.)

If you want to dig more into the geological history of the earth, get a copy of Andrew Snelling’s excellent Earth’s Catastrophic Past. Check out ‘Section IV: A Biblical Geologic Model of Earth History’, pages 613-793. His book was essential reading as we created our film.

[1]See Danny Faulkner’s excellent book The Expanse of Heaven, p.63 for a full explanation of how we track time.